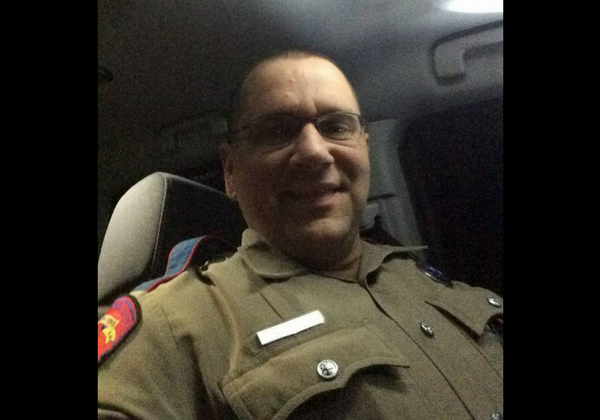 The man who allegedly fatally shot a Texas State Trooper on Thanksgiving Day after he was pulled over in East Texas has been arrested and charged with capital murder of a peace officer.

The fallen Texas State Trooper, 41-year-old Damon Allen, had been with the department since 2002.

Allen pulled over 32-year-old Dabrett Black on November 24 for an unknown traffic violation along Interstate 45, about an hour east of Waco. Allen was walking back to his patrol car when Black shot at him with a rifle. Black drove away, and Allen died at the scene, according to officials.

Black was arrested approximately five hours after the shooting and more than 100 miles away from where he was initially pulled over. After facing off with police and fleeing toward a field of hay bales, Black was sniffed out by a K-9 police dog named Odin, and subsequently arrested. Black is being charged with capital murder of a peace officer and is being held in Freestone County, according to NBC-DFW.

The incident was not the first time Black had allegedly acted hostile toward law enforcement.

In July, Black was arrested for aggravated assault of a public servant and evading arrest with a vehicle after he led police on a car chase when they tried to pull him over for speeding, eventually crashing into a police car. Before the Thanksgiving Day incident, Black was out on bond from Smith County, where he had been charged.

Back in 2015, Black faced charges of assault of a public servant and attempting to take a weapon from an officer, but those charges were dismissed in 2016.

Following a directive from Governor Abbott, all Texas flags at Texas Department of Public Safety offices across the state were lowered to half-staff on Friday in memory of Allen.

“Our DPS family is heartbroken tonight after one of Texas’ finest law enforcement officials was killed in the line of duty,” DPS Director Steven McCraw said in a statement. “Trooper Allen’s dedication to duty, and his bravery and selfless sacrifice on Thanksgiving Day, will never be forgotten.”