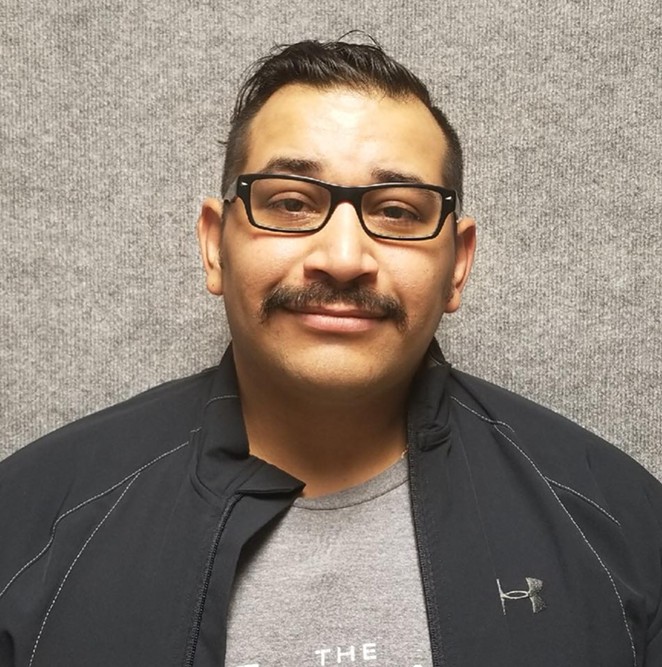 New details have emerged surrounding the murder of 26-year-old Joseph Camarena, who was found dead in a barrel by the San Antonio Police Department after two people who allegedly helped dispose of the body tipped police off to its location.

SAPD arrested 36-year-old Jesse Ray Castilla on November 29 on suspicion of Camarena’s murder, and his arrest affidavit provides insight to what may have happened the day Camarena was last seen alive.

On November 17, Camarena went to Castilla’s house on Lovett Street with a friend, who waited in the car, to pick up money Castilla owed him, according to police.

But after a few minutes, his friend heard what sounded like two gunshots coming from the garage, he told police. He said Castilla came outside, telling him Camarena had fallen and was having a seizure. His friend then drove off, picked up Camarena’s wife, and they went back to Castilla’s house to look for Camarena.

Castilla allegedly told Castilla's wife that he'd dropped Camarena off at Methodist Hospital downtown because he had a seizure. But Camarena wasn’t there — or at any other hospital in the city.

SAPD later found Camarena’s body in a barrel that had been dumped near University Way.

Police were led to the barrel by two of Castilla’s friends, who told police they helped him dispose of it in exchange for a bag of meth. They said they loaded the barrel onto the bed of their truck and drove around for about an hour until they found a place to dump it — but when they were disposing of the barrel, the lid came off, exposing two human feet. The two then drove to a motel, where they decided to call police.

Police later searched Castilla’s home, and found evidence of “apparent blood and two spent shell casings,” in the garage, as well as a blue barrel similar to the black barrel Camarena had been found in, according to the arrest warrant.

In an interview with a SAPD detective, Castilla’s girlfriend said that there usually was a black barrel in the garage as well. During the interview, she called Castilla and asked him to go to the Homicide office.

When Castilla arrived with his attorney, he denied having anything to do with Camarena’s murder. In Castilla’s version of events, Camarena picked up the money, got in his car, and left, according to the affidavit.

The warrant for Castilla’s arrest was signed on November 18, and he was arrested on November 29. SAPD posted on Facebook that Castilla had been located thanks to tips from the community. He was taken into custody without incident, and his bail is set at $100,000.