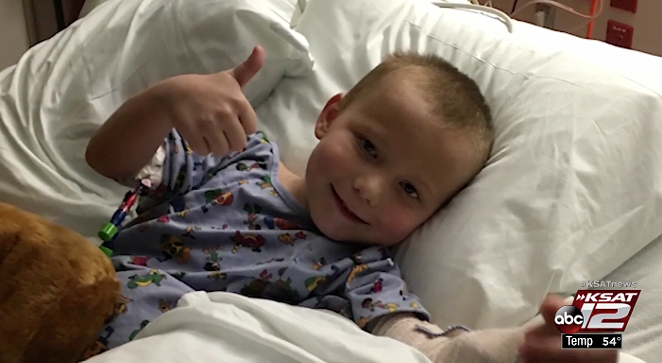 Ryland Ward, a 5-year-old survivor of the Sutherland Springs shooting last month, will have to spend this Christmas in the hospital. After living through the senseless attack and losing his stepmother and two of his sisters, his grandmother is hoping the community can help bring some holiday cheer to Ryland.

Sandy Ward told KSAT that her grandson was expected to get out of the hospital before the holiday, but doctors say his shattered femur isn't healing as they'd hoped. Ward also said her grandson is having problems with his kidney.

She said some people have sent in a Christmas card with money inside, which Ryland enjoys. Now she's asking for the community to send more Christmas cards to Ryland to keep him in the Christmas spirit. Ward said her grandson also enjoys receiving pictures of other children and their pets.