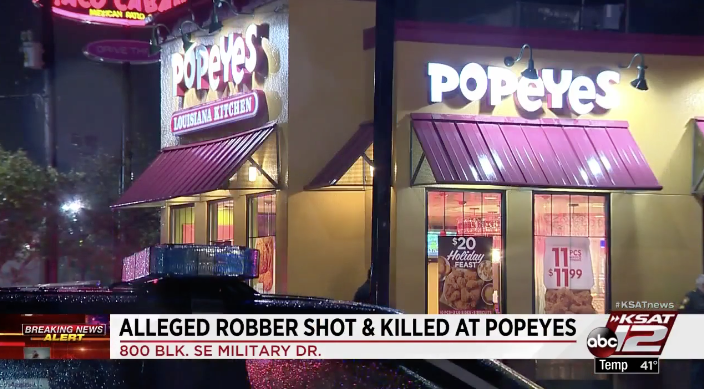 A man is dead after failing to rob a South Side Popeye's Wednesday night. He was shot by a man eating at the restaurant with his family.

San Antonio police said the suspect, in his 20s, entered the restaurant and tried to rob a family of five, according to KSAT. The father of the family refused to give the suspect anything, so the would-be robber then turned to the employees, who ran out the back of the Popeye's.

The family tried to flee the restaurant as well, but the father told authorities that the robber pointed a gun at his children. The father then pulled out his gun, which he has a license to carry, and shot the suspect.

KSAT reports that no one else was injured. SAPD has yet to release the robber's name.