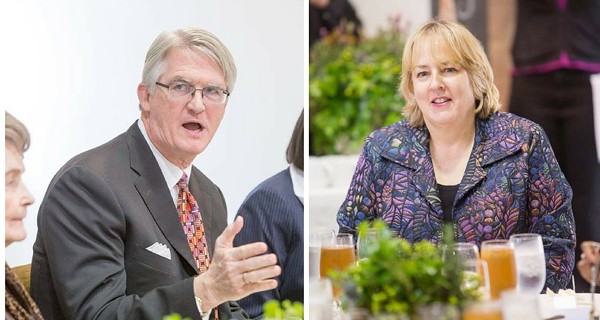 Two members of the Tricentennial Commission's executive board have stepped down weeks before the year-long event's kickoff. Commission chair president Robert Thrailkill (general manager of the Hilton Palacio del Rio) and chair Katie Luber (director of the San Antonio Museum of Art) have left their volunteer positions a month after the nonprofit's CEO, Edward Benavides, resigned amid claims of nepotistic decision-making.

“The changes I am announcing today are part of the natural evolution of the commission as the outgoing co-chairs redirect their attention to specific Tricentennial-related activities,” said Nirenberg in a press statement.

It's unclear why, exactly, both Luber and Trailkill have decided to step down — but there's no shortage of speculation. Nirenberg told the San Antonio Express-News' Brian Chasnoff that he told the exiting co-chairs that "we need to strengthen the process and the committee." The best step forward, he decided, was for them to become "advisers" to the committee.

With 23 days to go until the New Years Eve kickoff event for the year-long celebration (which has had it's own flurry of controversy) and an interim CEO at the lead, we're still waiting for a sense of stability within the committee tasked with throwing the city a worthy 300th birthday party.