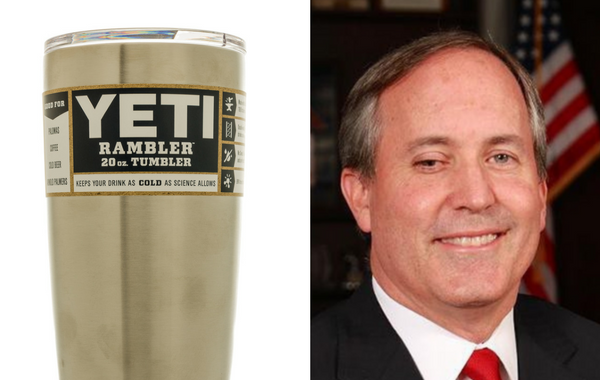 The state of Texas is suing a San Antonio man for selling fake YETI products and failing to deliver them to customers after they were paid for.

Hundreds of customers who thought they were purchasing YETI products from online retailers Outdoors Online and Camping and Fishing Outlet were left with either fake YETI products, or none at all. The state is suing Robert Markum Jr., the San Antonio man who owns the two retail websites, for selling counterfeit YETI products and failing to deliver to many customers.

The Better Business Bureau issued an alert against Outdoors Online after receiving numerous complaints from customers who were charged for products they never received, and launched an investigation into Camping and Fishing Outlet after they received hundreds of complaints and dozens of negative reviews from customers in 44 different states saying they’d never received items they’d paid for.

After purchasing YETI items from the website, customers were told to wait 10-15 days for delivery — but for many, their products never arrived.

Lori McGettrick, a woman from Washington named in the lawsuit, said she received one of the two tumblers she ordered, and noticed it was shipped from China. When she compared it to her co-worker’s YETI tumbler, she realized it was fake. The website failed to refund her for the counterfeit tumbler she received, or for the second one she never received.

YETI itself submitted evidence in the lawsuit after obtaining a tumbler from the site, which was inspected by Jeni B. Zuercher, manager of "Global Brand Protection." According to Zuercher, the tumbler they received was of “inferior quality, incorrect color,” and had “ incorrect markings and misspelling on labelling.” In the label for the counterfeit tumbler, “beverage” was spelled “beberage.”

The lawsuit asks that Markum appear in court, that everyone involved in his business be barred from “false or misleading business practices,” and that they stop selling the counterfeit products.

Paxton is also asking that Markum pay up to $100,000 in civil penalties (or $20,000 per each of his five violations of the Texas Deceptive Trade Practices Act), and that he restore all money acquired through the unlawful business.