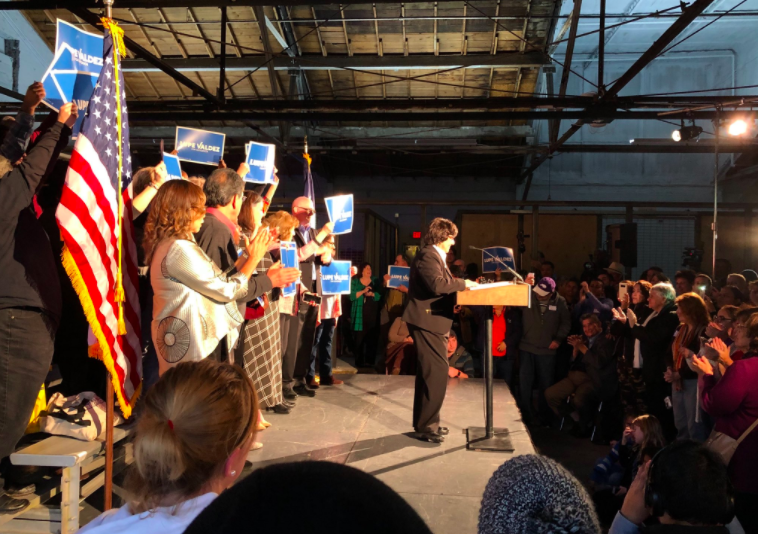 On Sunday evening, Oprah Winfrey used her Golden Globes acceptance speech to deliver a message of systemic change and empowerment for the country's oppressed.

At the same time, behind a much smaller podium inside an old wax paper factory in Dallas, former Sheriff Lupe Valdez did the same.

"I believe in a life of service, I don't believe you should just sit there and gripe without doing anything," Valdez, a Democrat challenging Greg Abbott in the Governor's race, told the crowd at her official campaign kick-off event. "But we must serve in a way that improves people's lives. After the last session, it felt like the people who were supposed to be serving us were causing more harm than good."

Valdez said the 2017 Legislative Session did little to address issues that impacted real Texans — regardless of party affiliation.

"They have made up issues — Bathrooms, sanctuary cities, massive voter fraud,” she listed off. “It would be amusing if it wasn’t causing so much harm. It’s costing us jobs, and it’s certainly destroying the Texas brand."

A child of migrant workers, Valdez worked throughout college to earn a Bachelor's degree in Business Administration and a Master's in Criminal Justice — and then entered the U.S. Army. A decade later, after earning an officer ranking, Valdez left the military to run for Dallas County Sheriff. In 2005, she became Texas' first openly gay and first Hispanic female sheriff, and has held the position until announcing her campaign in December.

Unsurprisingly, Valdez and Abbott haven't have the friendliest of relationships in the past. Valdez is one of the many state law officials Abbott has threatened during his tirades against "sanctuary cities," for her refusal to hand immigrants over to the federal immigration agents without a warrant.

Although Valdez is at the forefront of the ten other Democrats vying for Abbot's office, it's unlikely she'll be able to successfully unseat the incumbent governor in November. But her ability to invigorate the state's Latino vote (which, thanks to a toxic blend of gerrymandering and voter-ID mandates, has been long-repressed) may help jumpstart Texas' sleepy Democratic Party.

“Together, we need to build something new. A new Texas," she told the crowd Sunday evening. "A Texas where a child in the Rio Grande Valley can reach their dreams just like one in the great city of Dallas.”