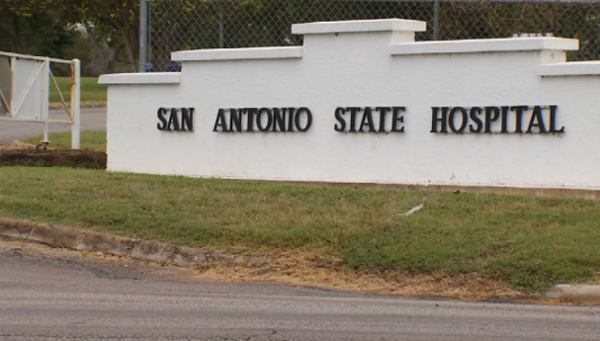 The crumbling San Antonio State Hospital, the city's public psychiatric hospital, is finally getting a makeover.

On Monday, Texas' Health and Human Services Commission doled out the first $47.7 million of funds meant to improve the state's long-neglected psychiatric hospitals. A $14 million chunk of that money will go directly toward San Antonio State Hospital — specifically, plans to eventually tear down and rebuild the entire facility.

These funds are long overdue. In 2014, the state legislature appointed an independent research group to thoroughly evaluate the state of Texas' psychiatric hospitals, and report back on their findings. In October 2016, the group reported that 80 percent of San Antonio State Hospital's network of buildings —some built as far back as 1892 — were in “critical condition.” The  group urged the state to tear down every single structure on the property.

It took until the 2017 legislature for state lawmakers to actually pass a bill funding this possibility. The $300 million signed over to HHS will be spread over the next two years.

SASH currently houses more than 300 patients with severe mental illnesses. Most of them are lower-income patients who were voluntarily admitted. A third of these patients, however, are sent to the hospital by court order, either because they were found not guilty of committing a crime “by reason of insanity” or have been deemed incompetent to stand trial.

In the past few years, the aging building has also dealt with a series of security issues. Between 2015 and 2016, the hospital saw an average of almost two patients a week escaping — 91 total. At the time, a HHSC spokesperson attributed this problem to the size the hospital’s campus, suggesting that it’s hard for staff to keep track of patients.