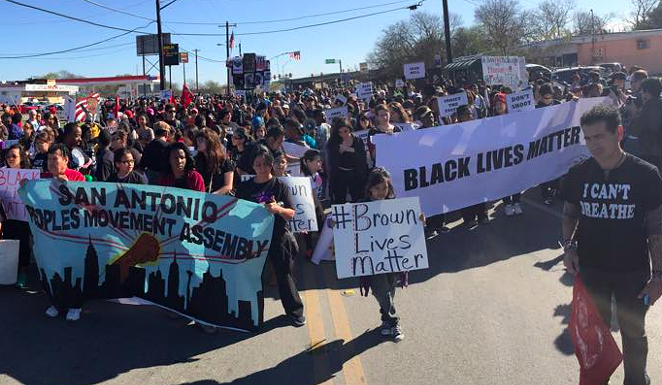 "SATX4 wants to highlight the fact that the march does little in the pursuit of justice," the group writes in a press statement to the Current. "SATX4 seeks to emphasize the lives of those individuals who have been taken at the hands of police violence across the country and here in our city. We wish to remind those who march of the imperative to act — not just walk for 2.5 miles."

These men have not received justice, SATX4 writes, "while the officers who killed them are still being paid with our tax dollars."

"We demand justice and police accountability in San Antonio now," the group writes.