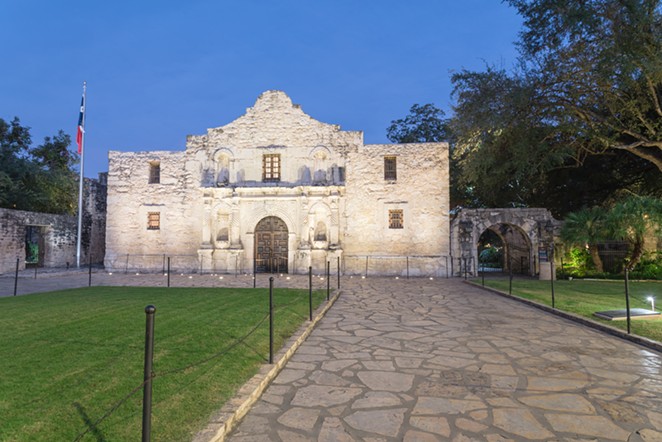 The nonprofit group working to redesign the Alamo and its surrounding plaza has agreed to start allowing the public to attend its meetings.

For months, critics have complained that the Alamo Endowment's closed-door meetings have intentionally kept the public from knowing what the future holds for the historic property — let alone allowed the public to share their views. Ever since a design company unveiled its controversial plan to "reimagine" the Alamo in April, Texans from across the state have demanded their input on the San Antonio landmark be heard.

On Dec. 20, the Alamo Endowment and the Alamo Trust (a subsidiary of the endowment that runs the Alamo's day-to-day operations) passed a resolution making all board meetings public (with at least a 48-hour head's up) and all books and records of the trust subject to the Texas Public Information Act.

This decision came just weeks after Texas's Senate Finance Committee told Land Commissioner George P. Bush (whose department has overseen the Alamo since 2011) that if he didn't increase transparency between the organization and the public, the $450 million master plan project will face serious pushback from state lawmakers. In the past two Legislative Sessions, lawmakers have approved a total of $100 million in state funds to the semi-public restoration project. The city of San Antonio has independently pitched in $38 million.

For Bush, this decision to follow the legislature's direction may be more than just doing his job. Since major Alamo fans learned he was directing these under-wraps meeting about the land's future, Bush has become a target for some Texans to unseat in the 2018 election season.

Meeting schedules will be posted at thealamo.org.