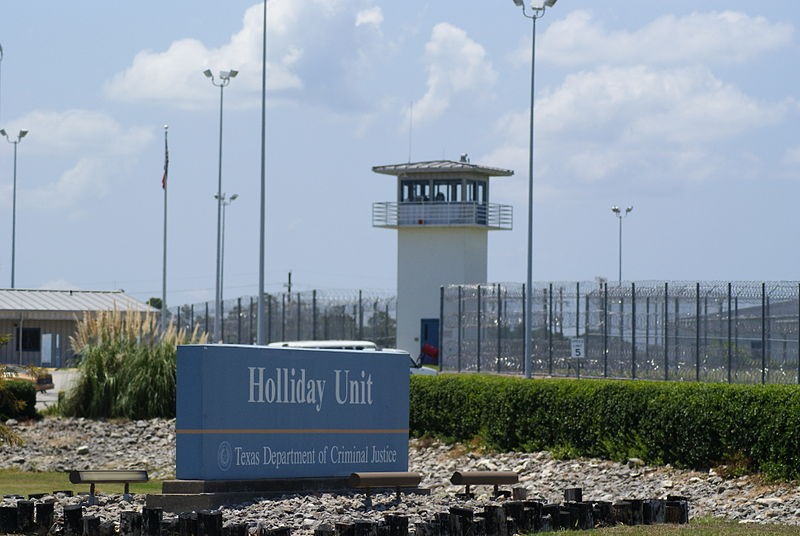 Two weeks ago, inmates across Texas endured freezing temperatures due to broken or turned-off heaters and drafty facilities. After families, advocates and even lawmakers complained to the Texas Department of Criminal Justice, officials claimed all facilities were heated (one had a broken heater that had been "quickly repaired") — that it was a non-issue.

Now, in the middle of yet another unusual Texas freeze, inmates say nothing has improved. In fact, now that the flu has spread through the prison system, it may be worse.

According to reports from family members collected by the Texas Inmate Families Association, there are over a dozen different TDCJ prison units with little or no heat. Inmates are reporting poorly-sealed windows (some covered with tarps), no extra blankets, and heat getting cut off in the middle of the night. One man reported a Tuesday night hail storm broke "many windows" in his unit.

TDCJ spokesman Robert Hurst, however, reports that all units "have heat and are operating."

Meanwhile, at least two Texas prisons have been hit with this season's especially resistant flu virus. As of Tuesday, 64 prisoners at the Hodge Unit in Rusk and 18 at the Jester IV Unit in Richmond were showing flu symptoms, TDCJ told the Houston Chronicle.

TDCJ is already facing a class-action lawsuit for allowing its facilities to reach sweltering temperatures in the summer (above 100 degrees on an average day). Lead Counsel Jeff Edwards argues that knowingly allowing inmates — many elderly with health issues that are worsened by extreme temperatures
— to exist in these conditions constitutes "cruel and unusual punishment," violating the Constitution.

Some inmates have reported the cold air blowing through their units has come from windows that were broken by inmates struggling to stay cool during extreme heat spells.

Edwards told the Current that the flip side of his case — extremely low temperatures — isn't any different.

"I can't say I'm surprised," he told the Current after the first storm hit earlier this month. "TDCJ's inability to manage these aging facilities is astounding. They don't seem to even have the vague knowledge of a core constitutional right."

Edwards blames a lot of the problem on TDCJ's strict understanding of its budget.

"The mindset is that they have a specific budget and there isn't any money to go toward repairs. That nothing can be moved. That mindset needs to change,"  Edwards said. "When people on a tight budget don't have heat in these conditions, they move things around and find a way to pay for the heat."

It's the kind of sacrifice a person would make for their own survival, he said. But it appears it's not one the state is able to make for the thousands of inmates in their custody.