The Government Might Shut Down Today: What Does This Mean? 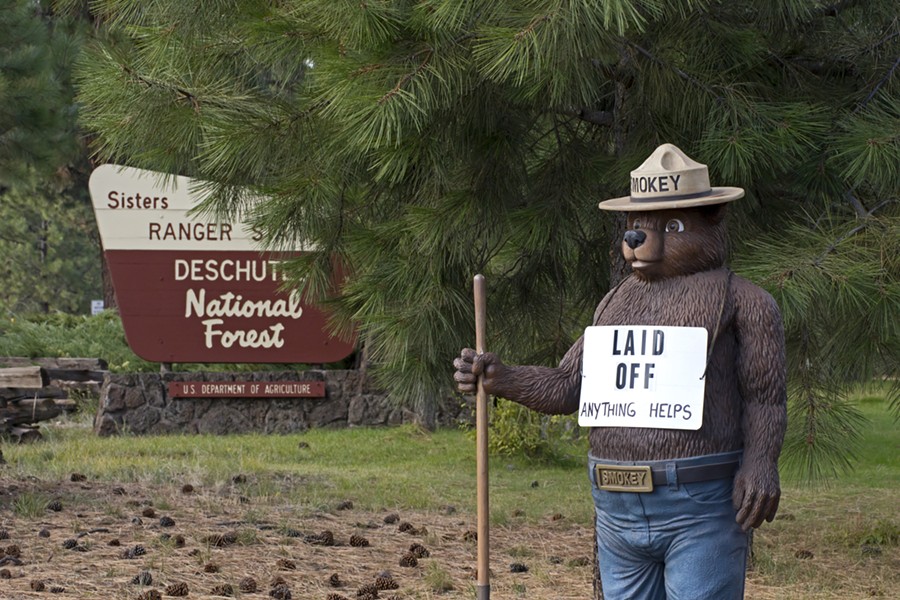 A government shutdown is looming, if the U.S. House and Senate do not agree on a spending bill by midnight on Friday — a task that still seems uncertain at this point.

The House passed a stopgap spending bill on Thursday night to, at the very least, keep the government up and running until February 16 — even if the measure doesn’t include a fix for many of the issues that have delayed the passage of a spending bill in the first place, like a solution for Deferred Action of Childhood Arrivals (DACA) recipients.

As of Friday afternoon, it appeared the Senate wouldn’t have the 60 votes needed to concur with the House. And if those votes don’t come in by midnight, the government will shut down, meaning some federal funding agencies considered “nonessential” will cease to operate for now, and their employees may be placed on furlough.

Whether or not these employees will be paid retroactively isn’t determined until after the shutdown. National Parks, zoos and museums typically remain closed during a government shutdown, but the Department of the Interior announced National Parks would remain open this time around. Other services, like Social Security and the U.S. Postal Service, are also expected to continue to operate — but the Defense Department warned in a statement that military personnel won’t be paid until Congress is funded.

Largely at the center of the debate around today’s potential government shutdown is the lack of a solution for DACA recipients in the spending bill.

While members of both parties have shown interest in coming up with a more permanent solution for the more than 800,000 undocumented adults who came to the United States as children and have spent the vast majority of their lives here, they have yet to agree on what, and when, that talked-about solution will become a reality. Republicans are blaming Democrats for opposing the spending bill because it doesn’t include a DACA solution, while Democrats blame Republicans for not including those protections in the bill to begin with.

What the spending bill does offer is extended funding for the Children's Health Insurance Program (CHIP), which Congress let expire back in September. The stopgap bill passed by the House would keep CHIP funded for another six years.

But the last-minute addition of CHIP funding to the stopgap bill is not benign: Democrats are arguing that Republicans only included the funding as a bargaining chip, while Republicans are using the measure to say Democrats who vote against the spending bill are voting against funding healthcare for millions of children.

"Do not jeopardize funding for the Children's Health Insurance Program," House Speaker Paul Ryan said in a press conference, directing his statements to Senate Minority Leader Chuck Schumer and Senate Democrats. "Whether there is a government shutdown or not is now entirely up to them... They're just holding this critical funding hostage for a deal on a completely unrelated immigration issue."

With Republicans controlling Congress and the White House, Democrats have argued Republicans are the ones with the power to avoid a government shutdown— and they are calling out the Republicans for their CHIP-funding strategy to shift blame on Democrats.

.@SpeakerRyan, the health of America’s children should never be treated as a bargaining chip. Each and every member of your party should be ashamed. https://t.co/vMfYTHzvJn


The last time the government shut down was back in 2013, when lawmakers couldn’t come to an agreement on the Affordable Care Act. That government shutdown arguably propelled Texas Senator Ted Cruz into the national spotlight: He’s been credited with and criticized for coming up with the idea to threaten a government shutdown in hopes that it might scare Democrats and then-President Barack Obama to budge on ACA legislation. It didn’t. The move resulted in the government actually shutting down for 16 days.

In a Friday morning press conference, Mick Mulvaney, a member of the Trump administration, said they were dubbing the potential fiasco the "Schumer Shutdown."

Some Twitter users on Friday morning had a different nickname idea: "#ShitholeShutdown."