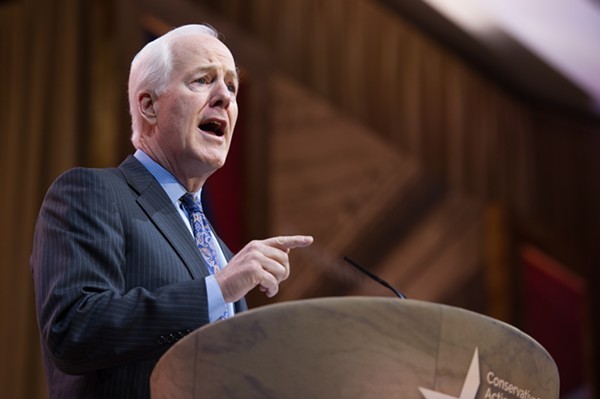 "As part of our recent work to understand Russian-linked activities on Twitter during the 2016 U.S. presidential election, we identified and suspended a number of accounts that were potentially connected to a propaganda effort by a Russian government-linked organization know as the Internet Research Agency."

Then, the juicy part:

"Consistent with our commitment to transparency, we are emailing you because we have reason to believe that you either followed one of these accounts of retweeted or liked content from these accounts during the election period."

"Finally social media is waking up to manipulation of public opinion by our adversaries. All of us need to step up to meet this challenge, especially the Press."

Of course, this specific incident has little to do with the press. It does have to do with Cornyn, or his staffers, not being able to identify fake news from a Russia propaganda machine. The top "press" that latched onto these intentionally divisive stories were right-leaning news outlets like Fox News or Breitbart.

Over the past few months, Twitter has removed nearly 4,000 accounts linked to Russia's Internet Research Agency. This follows a similar purge conducted by Facebook in the fall of 2017, which closed hundreds of accounts linked to the Russian agency — including a wildly popular Texas Secessionist page that successfully organized fake protests.

It's unknown exactly what Twitter accounts Cornyn fell prey to — and perhaps we'll never know. Twitter has informed users like Cornyn who interacted with these accounts that the content is "no longer publicly available."