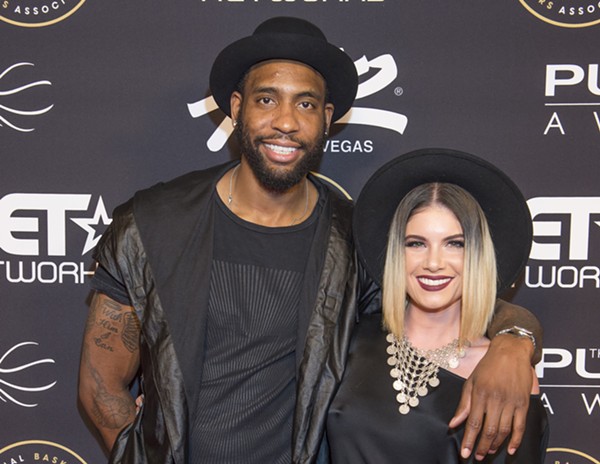 Former NBA player Rasual Butler, who played with the Spurs in the 2015-2016 season, died in a car crash in California alongside his wife, singer Leah LaBelle, early Wednesday morning.

Butler crashed into a shopping plaza after he lost control of his vehicle, hitting a parking meter and crashing into a wall, which caused his car to flip, TMZ Sports first reported. Police were called to the scene at around 2:30 a.m., and are still investigating the cause of the crash.

Butler, 38, began his NBA career in 2002 with the the Miami Heat. He played for a total of eight teams over his 14-year career, including the New Orleans Hornets, Los Angeles Clippers, Chicago Bulls, Toronto Raptors, Indiana Pacers, and Washington Wizards, before ending his career in San Antonio with the Spurs.

LaBelle was an R&B singer who appeared in the third season of American Idol in 2004, and was signed to Epic Records.

Devastated to hear the news about the passing of my former teammate, Rasual, & his wife. My thoughts and prayers go out to their families during this difficult time. Rasual was an amazing teammate and an even better person. He will truly be missed!

Very sad day for the #NBAFamily. My deepest condolences to Rasual and his wife’s families in such a painful moment. #RIPRasualButler pic.twitter.com/PUmTQUFwbF

I’m hurt man, still in shock, I don’t believe it...not you, you were too good man...feels like I… https://t.co/IcqhLAjYiI

Still in shock about my brother Rasual. Great positive person. We lost a good one

Smh Rip Bop man learned a lot from you! Leah was such a nice person. Devastated by the news!! 😪😪😪 https://t.co/jMyRGEgRtV