On Tuesday evening, President Donald Trump spent the majority of his 80-minute-long State of the Union chastising immigrants, specifically those who enter the country through the U.S.-Mexico border.

Using traumatized guests as pawns in his narrative that Hispanic immigrants are typically cold-hearted murderers, and giving DACA recipients (also called Dreamers) the "all lives matter" treatment with the line, "Americans are Dreamers, too," Trump did little to calm the risings fears his new administration has instilled in the country's immigration population.

Less than 24 hours later, Trump's chosen leader of the Immigration and Customs Enforcement, Thomas Homan, echoed the president's fearful rhetoric (and then some) to a crowd of like-minded immigration officials in San Antonio.

Speaking at a Wednesday luncheon for attendees of the annual Border Security Expo, held in the Henry B. González Convention Center (named after the first child of Mexican immigrants to represent Texas in Congress), Homan began by rattling off a few prepared notes on ICE success metrics.

And then, he paused, looking up at his audience — a rigid mixture of law enforcement officials, federal agents, military contractors, and security industry investors quietly dining on avocado-smothered chicken and Spanish rice.

"I got four more pages of what they want me to say, but I’m not going to say it. I wanna say what I wanna say," Homan declared in his gravely upstate New York accent, reminiscent of a jaded beat cop in a crime drama. "While that was important ... anytime I get an audience, especially with media in the room, I like to set the record straight. So I want to talk to you about what ICE does."

Homan, who's worked nearly every position within ICE since he joined the agency in 1989, referenced to the first time his name made headlines, shortly after Trump pulled him out of retirement in January 2017.

"When I first came back as acting director [of ICE] ... I made some statement that they still talk about in the media today," Homan said (the statement: “If you’re in this country illegally, and you committed a crime by entering this country, you should be uncomfortable, you should look over your shoulder”).

"Well, I’ll never back down on those words," Homan went on. "If you enter this country illegally, it’s not okay anymore. You need to be worried that ICE is looking for you. That’s the way it’s supposed to be. We’re a nation of laws. You can’t be part of the greatest nation on earth and not respect its laws. You can’t have it both ways. Not anymore. Not under this president."

Prior to being appointed to head ICE by Trump, Homan was known for spearheading the federal program that's forced dozens of cites, counties and states to create so-called "Sanctuary City" policies.

While executive associate director of ICE's Enforcement and Removal Operations, Homan expanded the federal fingerprint system that local law enforcement agencies use to cross-check information on booked offenders against a database of wanted immigrant felons. 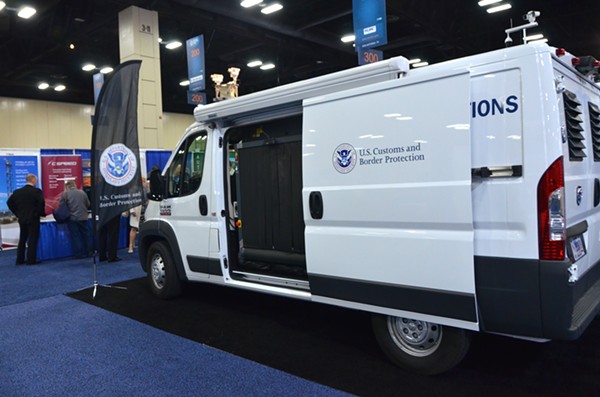 This system helped Homan hit a record annual percentage of total ICE deportations of undocumented immigrants with criminal histories (60 percent in 2015) — successful enough for former President Obama to give him a award. Regardless, many cities have feared this system will be misused by federal officials to track down non-criminal offenders with expired visas.

Both San Antonio Police Chief William McManus and Bexar County Sheriff Javier Salazar have said the existence of this system will keep undocumented immigrants from reporting crimes and trusting local cops in general. While simply reporting a crime as a witness or victim wouldn't necessarily stick an undocumented immigrant's information into the federal database, chiefs and sheriffs across the U.S. say the simple notion that local police are taking a more active role in immigration enforcement is bound to push their local immigrant communities into the shadows.

Homan, however, is under the impression that these officials' hesitation to fingerprint non-criminal offenders means they are also wanting to protect violent undocumented felons. Which isn't the case.

In fact, Sheriff Salazar has said that anti-sanctuary city laws like Texas' Senate Bill 4 (which would require deputies to hold onto non-violent offenders who'd otherwise be free to go if ICE agents, after seeing their fingerprints pop up in the system, ask them to) ultimately distract law enforcement from tracking down serious violent offenders.

As more and more officers and cops speak out against ICE's sanctuary city crackdown across the country, largely led by Homan, local and federal lawmakers have backed them up. Homan blamed them for law enforcement's dismissal of his Big Brother-esque system.

"It irritates me that a politician who’s never carried a badge and a gun who doesn’t understand what we do everyday makes a decision of putting their own political career above the health and safety of our law enforcement officers," Homan said Wednesday. "Shame!"

Audience members, many clad in green Border Patrol uniforms or blue ICE jackets, nodded in agreement. Many beamed in admiration and whispered their approval to others at their lunch table as the Latino-majority waitstaff quietly cleared dishes and refilled coffees. 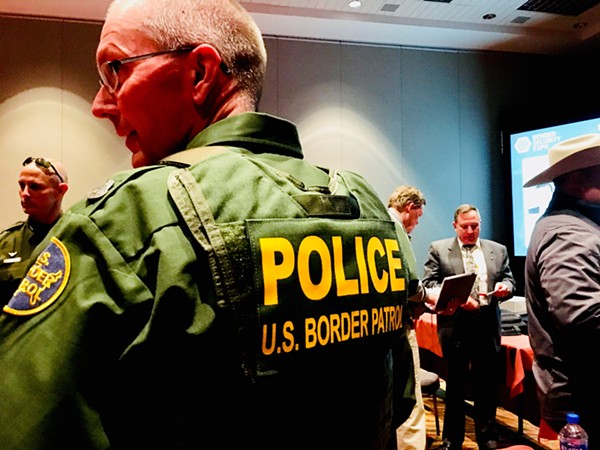 While Trump made the unusual choice in his Tuesday speech to support a path to citizenship for undocumented immigrants who were brought here by their parents at a young age (recipients of the Obama-era Differed Action for Childhood Arrivals program that Trump himself announced an end to in September), Homan wasn't as kind toward the 3 million young immigrants who fall into this category. In fact, Homan's in favor of getting rid of DACA altogether.

"I read a lot about how they want a clean DACA bill," Homan said, referring to Congress' drawn-out debate over a revitalized DACA program. "If we get a clean DACA bill, shame on all of us. You can’t reward people that brought children here illegally."

As Homan carried on with Trump-esque superlatives about border security and immigration reform  ("every place they've built a wall it's worked," "we all believe DACA was illegal to begin with") few members of the audience seemed to disagree.

But just in case, Homan repeatedly made it clear he didn't care if they did.

"To the people that want me to quiet down or be less controversial, then find somebody else, because I won’t stop. I won’t stop," he boasted. "I’m not running a popularity contest. I don’t care what people think about me."