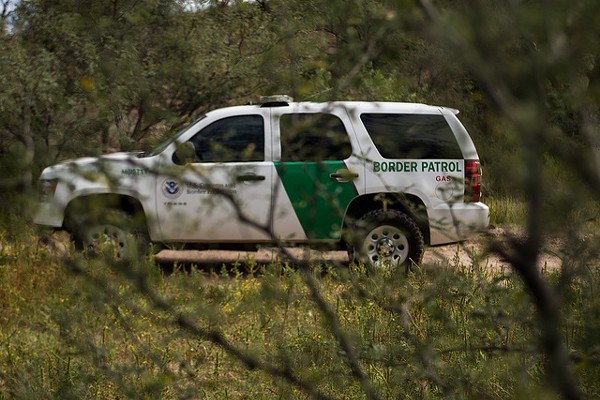 Over the past three months, the FBI has conducted more than 650 interviews with first responders, medical personnel, and other law officials who may have any knowledge of how Border Security agent Rogelio Martinez died on November 19, 2017. On Thursday, the agency issued a memo reporting it had found no evidence that he was assaulted by another person.

This fact matters because ever since Martinez was found with a fractured skull in a West Texas culvert, conservative lawmakers and media outlets have eagerly blamed undocumented immigrants for his death. There has yet to be any substantive evidence to prove this, a point further underscored by the FBI's report.

Martinez was found November 19 with fellow agent Stephen Garland, who had also been seriously injured — but survived the incident. Both men had been out on patrol that morning. Garland's head injuries has wiped this memory of the incident.

Shortly after the men were found, local law enforcement and investigators suggested the men had been side-swiped by a vehicle before falling down the 8-foot culvert. But, politicians like Senator Ted Cruz and Governor Greg Abbott saw Martinez' death moment to score political points.

Abbott called it an “attack” via Twitter and offered a $20,000 reward for anyone who came forward with information about the agent’s death. Cruz, meanwhile, released a statement calling the incident a “stark reminder of the ongoing threat that an unsecure border poses to the safety of our communities and those charged with defending them.”

It appears these were baseless assumptions.

The FBI reports the only footprints at the scene of the incident belonged to the agents and first responders.

“There were no defensive wounds” on Martinez and Garland and “there was no third-party blood or DNA evidence from the scene or from the agents' clothing,” reads a memo sent by US Customs and Border Protection Commissioner Kevin McAleenan.

The memo notes that the Border Patrol dispatcher who took Garland's distress call on November 19 specifically wrote in a log book that Garland had told him the men had “ran into a culvert.”

Abbott and Cruz have remained unusually quiet about the FBI findings. But Chris Cabrera, a spokesman for the National Border Patrol Council, has remarkably discounted the FBI's extensive findings.

“Our view hasn't changed. Our view is he was attacked," Cabrera told CNN. “There's no way he fell and dropped off that culvert. It's just dumb, the physics aren't there.”

In an interview with the Current at the Border Security Expo last week, Cabrera said he knows with “absolute certainty” any claims that Martinez wasn't attacked are false. His evidence comes from his own “investigation” into the scene of the incident.

While the FBI memo throws out the idea the men were attacked, it still doesn't offer an explanation.

“The absence of evidence is a key factor in this case — not due to lack of effort or determination, but because evidence which would indicate the presence of other persons or the commission of a criminal act is not present,” the memo reads.