Report: Death of Firefighter in Ingram Square Fire Could Have Been Prevented 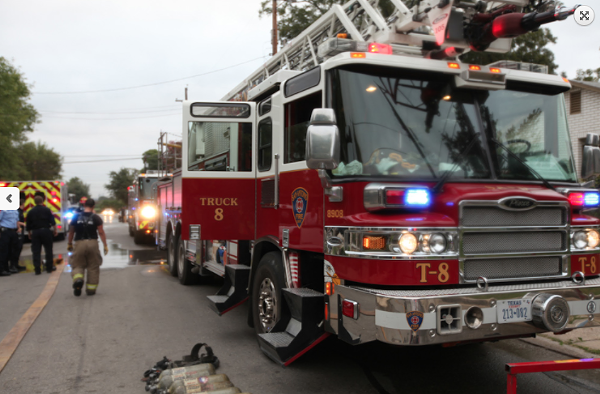 A review of the way the San Antonio Fire Department handled the fire at the Ingram Square shopping complex determined the death of firefighter Scott Deem might have been prevented, had the department taken different steps that night.

On May 18, 2017, SAFD responded to a fire at Spartan Box Gym in the shopping center. The owner of the gym, Emond Johnson, 39, was indicted in December on five felony charges, including murder, arson resulting in death, arson of a building, and two charges of arson and bodily injury.

According to police arrest documents, Johnson said he had intentionally set his gym on fire in attempt to get out of paying the $7,000 he owed on his lease.

Deem, 31, died in the fire, and two other firefighters were severely injured.

The review of SAFD, conducted by the State Fire Marshal's Office with the assistance of the Houston Fire Department, is not a criminal review, but rather a standard peer review conducted when a firefighter dies in the line of duty.

“The intent of this report is to honor Firefighter Scott Deem. By taking the lessons learned from this tragic incident, others may benefit from enhanced training and safety,” the report reads.

One of the criticisms of SAFD is that they combatted the fire with tactics typically used for residential fires, not commercial fires— a mistake SAFD Chief Charles Hood acknowledged to the press on Thursday, before the report was made public.

The Houston Fire Department also determined that considering the heavy, dark black smoke coming out of the gym, and the fact the gym was closed at the time and there were few cars in the parking lot, they would not have allowed firefighters to charge into the building as part of search and rescue mission. Deem was one of two firefighters who initially went into the building to determine if there were any possible victims inside.

The night of the fire, when Hood spoke to reporters while choking back tears to notify them of Deem’s death, he said that the decision to carry out a search and rescue mission was because of the time of the fire, and because it was a gym.

While the review recognized the decision to initiate a search is a “complex” one, it also determined the environment inside the gym was “completely untenable” and the conditions inside eliminated the possibility of rescuing anyone who may have been inside.

Another finding explained that the two firefighters sent in for the search went into the building without a tag line or hose-line, which could have helped them find their way out of the building, and they “took actions outside of their assignment” when they began to “attack” the fire without the proper equipment and without notifying the officer in command.

Other findings in the review determine SAFD had used “improper or ineffective use of ventilation” to combat the fire that night, and communication channels were crowded, even after one of the firefighters had called “Mayday.”

“Having reviewed the State Fire Marshal’s findings into the Ingram Square fire, the SAFD has already, and will continue to, enhance our robust training programs and make the necessary adjustments so that we may forever honor the memory of Firefighter Scott Deem,” Hood said in a statement.

Hood admitted the department had made mistakes, which he called “painful” in an interview with KENS5, but he said none of them had caused the death of Deem or the injuries of the two other firefighters. Hood was open to the review of the fire being made public, saying it was “critical” that the findings be shared.

“No one on this fireground is a villain. No one should be demonized on this fire department. The villain is sitting in jail,” Hood told KENS5 on Thursday.

Deem had worked for SAFD since 2011, and is survived by his wife and three children. His wife gave birth to their third child after his death.