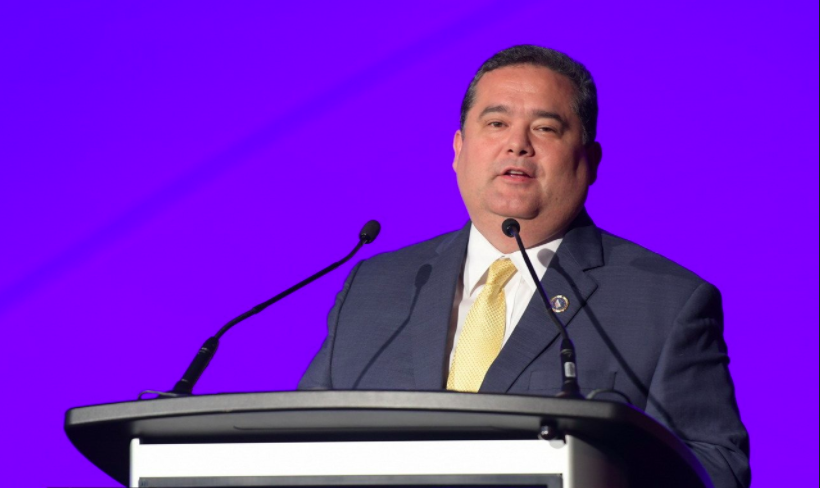 Outrage is what some members of League of United Latin American Citizens local chapters members have characterized their reaction to LULAC national president’s Roger Rocha’s letter in support of President Donald Trump’s "four pillars of immigration" which has exposed a divide and friction in the oldest and largest national Latino Civil Rights organization.

In the letter to President Trump dated January 28, Rocha states: "The four pillars which you have outlined (Border Security, DACA legalization, Protect the Nuclear Family, and Elimination of the Lottery and Repurpose Visa) are items that LULAC can support if they remain within the current framework you have proposed."

Rocha is referring to Trump’s latest agenda on immigration agenda announced January 25, which included funds for a border wall, ending a visa lottery system, creating a pathway to citizenship for immigrants brought to the U.S. as children and limiting family sponsorship to a spouse and children, not parents, according to the Associated Press.

If Rocha had illusions that the president was reasonable and not plainly anti-immigrant, the president’s State of the Union address on January 30 squashed that.

Trump's speech plainly suggested that immigrants are either members of murderous gangs or are stealing jobs from American workers. Rocha's letter wasn't a message local LULAC members endorse or embrace.

In a press release on February 2, Rocha admited he made a mistake but continued to defend the letter.

"Many of us feel that President Rocha had betrayed the membership by issuing his own letter and going rogue ...  and not taking into consideration the entire membership base," Salcido said.

While a majority of LULAC members in the chapter he’s associated with are in opposition to Rocha’s actions, he said there are those in the larger LULAC membership who do support Rocha’s position on immigration.

In San Antonio, there are an estimated 100 chapters, making the district which it entails the largest in the nation, according to Connie Martinez, LULAC Texas state treasurer.

Some believe "he’s doing what’s necessary in a realistic world in order to move forward with some compromise," according to Salcido. "How much compromise to the detriment of the immigration population do we take?"

With no restrictions to what a member’s political affiliations are, the LULAC membership draws from diverse ideologies and religious backgrounds, Salcido said.

With an estimated 100 chapters in San Antonio alone (the largest regional district nationally), there's a diversity in political backgrounds amongst LULAC members.

When the Current asked Bob Tomez, LULAC’s Chapter #2 president what the chapter’s stance is on the immigration issue, he said, "We are not into the politics ... our focus is on education."

Republican, democratic and a growing independent affiliation makeup the political background of the membership, he said.

Tomez said, in a similar response from other chapter presidents, he's waiting for the state leadership to make a formal response to Rocha's letter and take a stance on whether he should resign.

Although local chapters may not be made aware of it, LULAC Texas State Board did send a letter Sunday,February 4 asking for Rocha's resignation, according to Connie Martinez, LULAC Texas state treasurer.

Lupe Torres, LULAC Texas director, who sits on the national board, was not available for comment.

In the letter they reference the Saturday meeting LULAC national board  held in which they asked Rocha to resign, which he refused to do, according to the San Antonio Express-News.

LULAC’s national board’s next scheduled face-to-face meeting is February 15, where Rocha's status as President will be discussed.