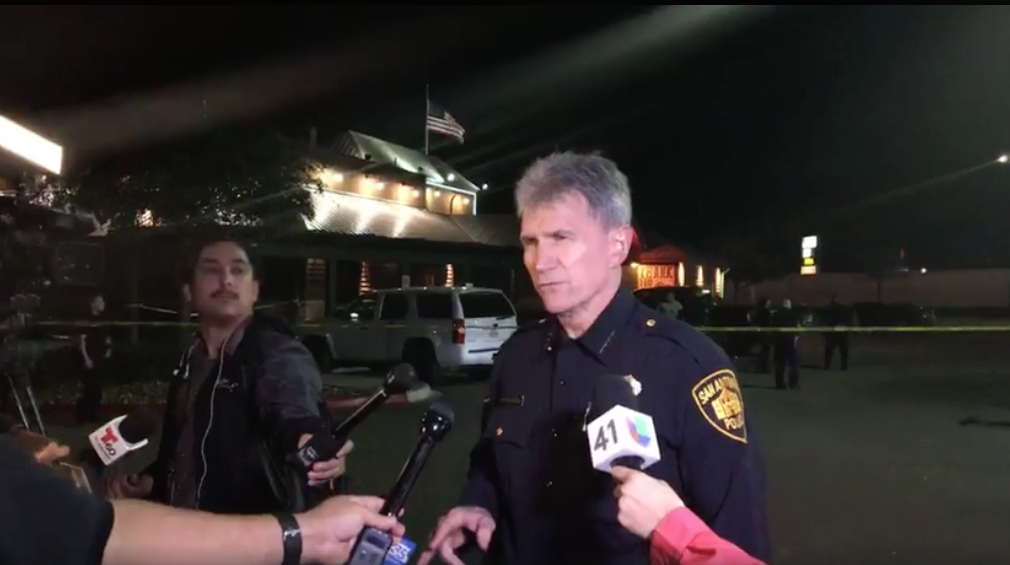 Five people, including a 5-year-old boy, were shot outside a Texas Roadhouse restaurant near Ingram Park Mall on Sunday night while waiting for a table, according to the San Antonio Police Department.

“We do not believe that this shooting is random,” SAPD Chief William McManus said.

The family was sitting on a bench at the front end of the restaurant at around 8:40 p.m. when an unknown suspect, who was covered, walked up and fired multiple rounds from a handgun before fleeing on foot, the preliminary police report said.

McManus told reporters the 5-year-old was shot in the leg, and that his wound is not life-threatening. Two of the adults who were shot sustained life-threatening injuries, but were in stable condition, McManus said. The victims, who are related and have not been publicly identified, included two females ages 39 and 50, and three males ages 5, 22 and 27. They were transported to University Hospital after the shooting.

Police have not yet located the suspect, and are unsure if he continued to flee on foot or if he got into a car.

McManus said the description of the suspect was “so vague,” he “didn't want to even bother giving it out.” He indicated SAPD would be looking into any nearby cameras that may have caught a glimpse of the shooter and the direction in which he headed after the shooting.

Initially, SAPD responded to calls of an “active shooter,” but McManus said it was not an active shooter situation because they believed the shooting was not random.

The first reports of the shooting only accounted for four of the victims, but SAPD confirmed on Monday that there was a fifth victim who had transported himself to the hospital, and was not located until later.