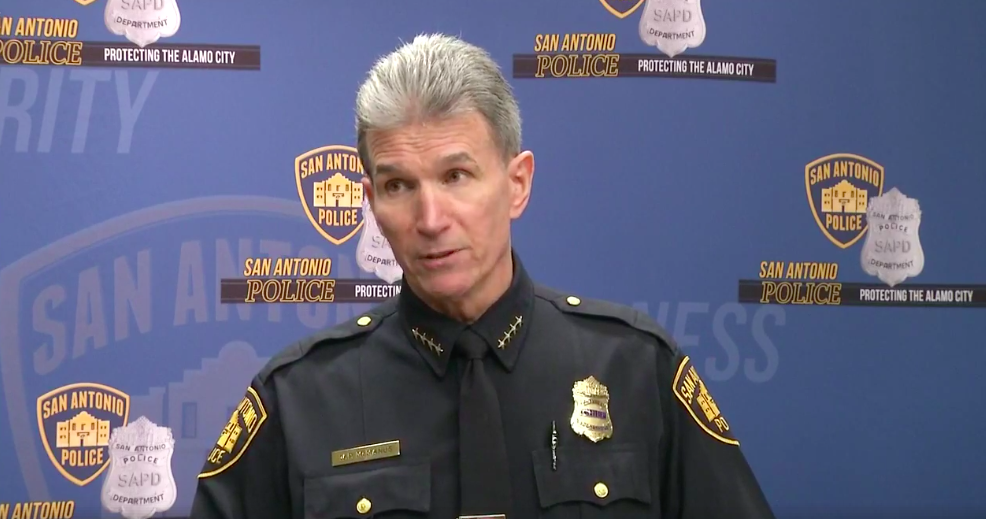 After packages detonated in two separate incidents in Austin on Monday, San Antonio Police Chief William McManus is warning residents to be on guard.

"If you're suspicious about a package, call us," McManus told KSAT.

A 17-year-old African-American male was killed and an adult female injured when the teenager found the package outside their home and opened it in the kitchen, causing an explosion.

Later that afternoon, just a few miles away, a 75-year-old Hispanic woman was critically injured after also finding a package on her property and unknowingly detonating it, according to CNN. 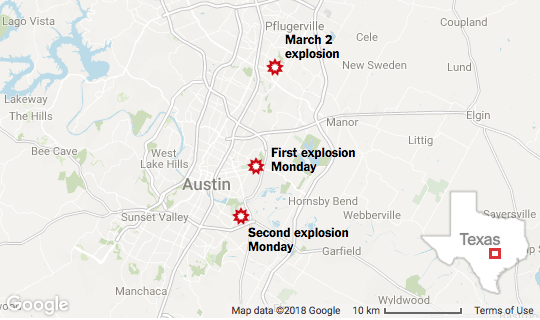 The Monday explosions come after a similar incident killed a 39-year-old African-American man on March 2. Authorities say the incidents are related, although they are still trying to figure out a motive, according to the San Antonio Express-News. CNN reports that none of these packages were delivered by the Postal Service nor by a delivery service like UPS or FedEx. Authorities have not called these incidents a hate crime, but say it may be a possibility due to the victims' races.

.@chief_manley advising everyone in Austin to be cautious if they receive a package 📦 and weren't expecting one. If you see something suspicious please dial 9-1-1 so we can send officers out to assist you. #safety #austinpd #atx pic.twitter.com/hA7Tv0bT0E

McManus told KSAT that his warning is to keep San Antonians safe.

"We wouldn't say we are worried, but we should be cautious," McManus said.

McManus isn't the only Texas leader concerned about preventing another incident. On Monday afternoon, Governor Greg Abbott announced a $15,000 reward if a tip leads to the arrest of the suspect(s) involved in the package explosions.

"I want to assure all Texans, and especially those in Austin, that local, state and federal law enforcement officials are working diligently to find those responsible for these heinous crimes," Abbott said.

Anyone with information can submit anonymous tips to authorities by calling the Texas Crime Stoppers hotline at 1-800-252-TIPS (8477) or texting "DPS" and the tip to 274637, through the DPS website or through the DPS mobile app.

With three reported explosions in the Austin area, I want to urge all Texans to report any suspicious or unexpected packages arriving by mail to local law enforcement authorities. Call 9-1-1 immediately if you receive something suspicious.