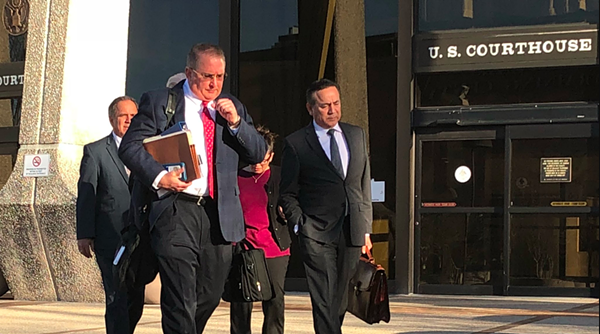 The Democrats dined at Landry’s Seafood House on Thursday, March 8, according to several people with knowledge of the meeting.

Accounts differ slightly on the direction the conversation took, but at least one of the eaters is expected to ultimately run in Senate District 19, which reaches from San Antonio to El Paso. Gallego, the one-time congressman for District 23 and former state representative from Alpine, will likely announce his candidacy in the weeks or months ahead, said one of the sources, all of whom spoke anonymously because they weren’t authorized to talk about the situation.

The meeting's timing was significant, coming just two days before State Rep. Roland Gutierrez publicly announced his intention to run for the Senate seat. Clearly, Gallego, Cortez and Saldaña weren’t talking about how best to support their friend Roland.

Cortez had not returned calls as of 11 a.m., and Gallego hadn’t responded to a text message or phone call.

Saldaña, who is completing his last two-year term on council, refused to discuss the meeting. But he did pour cold water on the rumor that he’s planning to run in District 19, saying, “I would love more than anything else to finish out the last year and a half of my last term.”

What makes these machinations awkward is the fact that Uresti hasn't shown any willingness to step down. In late February, he was convicted on 11 fraud-related counts in San Antonio federal court, and said he would appeal the conviction.

One source said the dinner companions want "to respect the process" — which likely will end with Uresti leaving the Senate on his own or being forced out if his conviction is upheld — before making any public moves. But with Gutierrez already campaigning for the job, it's unclear how much patience they'll have.

Why doesn't Uresti just hang it up? Maybe it helps to think of it in terms of The Godfather. Uresti has fetishized the movie and identifies with the strongman at the heart of it. Now try to imagine Don Corleone without the Mafia — as simply an old man who likes cats and oranges.

Not exactly the stuff of legend.