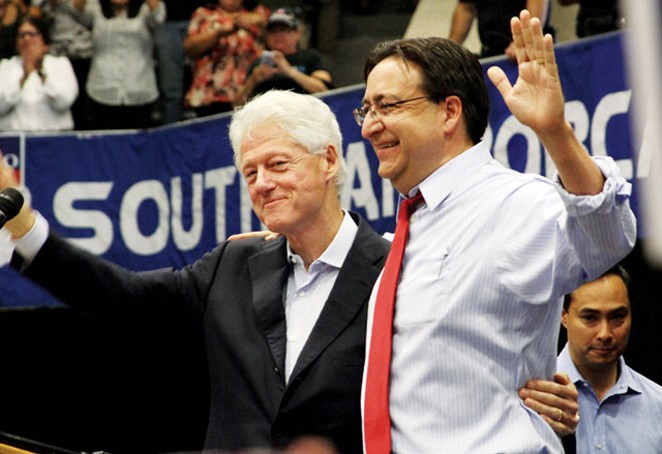 "I'm a strong voice that can hit the ground running on the first day," said Gallego, who spent 22 years in the Texas House. "Nobody matches my experience, my record and my knowledge of the district."

Two years ago, Gallego lost a bid to win back his spot in the U.S. House from Republican Will Hurd. National PACs pumped millions of ad dollars into the tight race, giving Gallego what's likely to be high name recognition across the district, which includes San Antonio and 17 West Texas counties.

While the next race for the Senate seat isn't scheduled until 2020, Uresti has faced increasing pressure to step down. His sentencing is set for June and he also faces a separate bribery trial.

But Gallego said he's not waiting for Uresti's departure before he beats the streets across District 19. Among his legislative priorities: strengthening school funding, aiding veterans and improving infrastructure in underserved areas so small businesses can thrive.

"This is a good year to be a Democrat in Texas," Gallego said. "I do think this is a year where you can underscore the importance of experience. The electorate is paying attention."