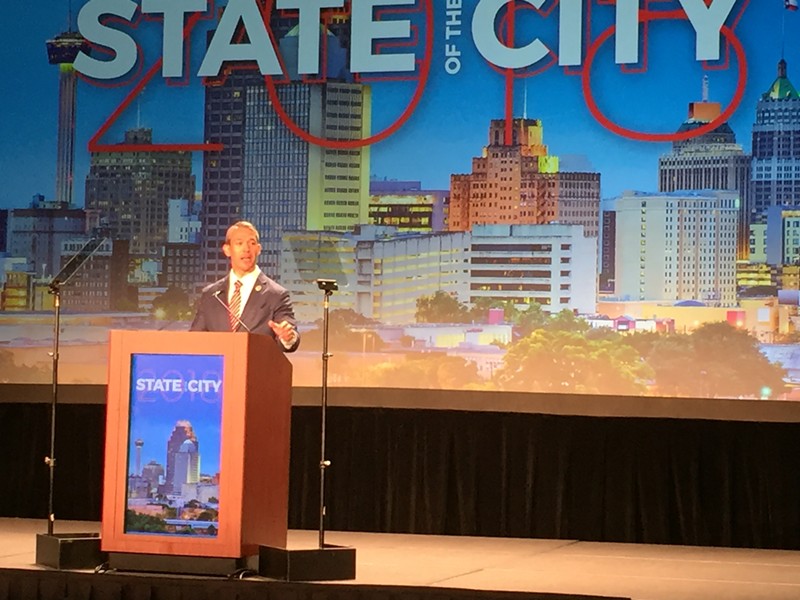 If voters support it.

At an annual Mayor's State of the City speech sponsored by San Antonio's myriad chambers of commerce, Nirenberg said he'd minted a nonprofit called ConnectSA to collect community input, do research and ultimately promote a multimodal transit plan for the city. Voters would decide its fate in 2019.

Multimodal transit planning operates on the idea that cities can cut traffic and pollution by creating ways for citizens to slip between cars and bicycles, foot and public transit to get around. Such thinking will be vital for the Alamo City as it gets ready to welcome a million new residents over next 20 years.

But the city's plans to expand public transit have jumped the tracks before.  Opposition shut down attempts to bring rail into the mix in 2000 and again in 2014. And, let's face it, Texans just love their cars and hate the gubment telling 'em not to guzzle gas.

Nirenberg's speech, which also touched on creating jobs and more affordable housing, was short on details about the multimodal plan — for instance, whether light rail would once again be a key component. However, it was clear he sees gridlock on the horizon without some kind of change.

Nearly 80 percent of San Antonians now commute alone, Nirenberg said. He added that he's calling for $110 million in the next fiscal year's budget to help with street maintenance, or triple the amount the city spent five years ago.

While sketchy on details, both ConnectSA's appointees — all three wield serious civic clout — and its unveiling in front of hundreds of local business leaders suggest the mayor sees corporate support as a critical first step in delivering on one of his key campaign issues.