Rep. Bernal Seeks Relief for Homeowners Pushed to the Brink 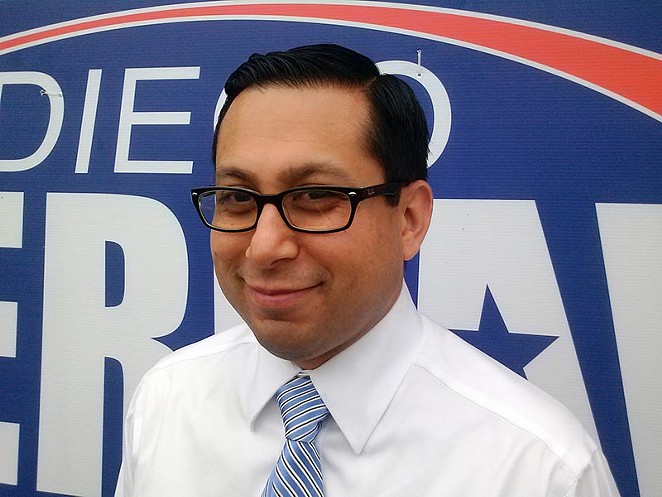 State Rep. Diego Bernal’s legislative district is hot from the friction between deeply-rooted homeowners and the newcomers who are driving up their property values and tax bills.

“The inner city generally is experiencing both a renaissance in terms of investment and a depletion of long-term legacy residents,” Bernal said. “New neighbors and old neighbors are pointing fingers at each other, and there’s a fair amount of disdain, distrust, bewilderment and, really, just confusion about what to do about it."

District 123 includes some of the most sought-after addresses among better-off homebuyers in San Antonio, including Mahncke Park, Lavaca Southtown. It also takes in King William, where the roiling fights between old and new residents ended years ago with gentrification winning decisively.

San Antonio’s housing market has been blowing up for several years. The average sales price for a house climbed year-over-year a little more than 6 percent to $244,567 in February, according to the Real Estate Center at Texas A&M University. While the pace of home sales has slowed a little recently, houses continue to change hands near historic highs.

Michael Amezquita, appraiser for the Bexar Appraisal District, said demand is running so high that potential homebuyers are turning to less well-to-do neighborhoods for houses they can afford. “That’s happening right now in ,” he said. Which means that long-time residents in those communities will begin to feel the same pain – from the same tax bite – experienced by homeowners who live closer to downtown.

“It’s tragic. These are people who are getting forced out of houses that they own. In some instances, they’ve paid the house off,” Bernal said of District 123 homeowners caught in the vise of rising property values and too-onerous tax bills. “I’ve talked to people this has happened to. In certain neighborhoods, people know people this has happened to, and you hear more and more that it’s about to happen to people.”

Bernal has been working on a bill for the 2019 Texas Legislative he believes will help. The measure, which he plans to unveil Saturday at a town hall, is intended to ease some of the pressure for homeowners who have lived in their houses for at least 15 years, and whose property tax payments have increased at least 120 percent over a 15-year stretch. Owners who fall that category would receive the property tax freeze that seniors 65 and older claim on their houses, though not the $10,000 exemption they also get.

Bernal said he would introduce a secondary bill allowing, but not requiring, taxing entities such as the city and school district to offer the tax freeze. [Correction: The original story incorrectly included the state as one of the taxing entities.]

The aim is to address an immediate crisis.

Based on data from the appraisal district, Bernal said 25 homeowners in Lavaca, for example, would benefit from the bill.