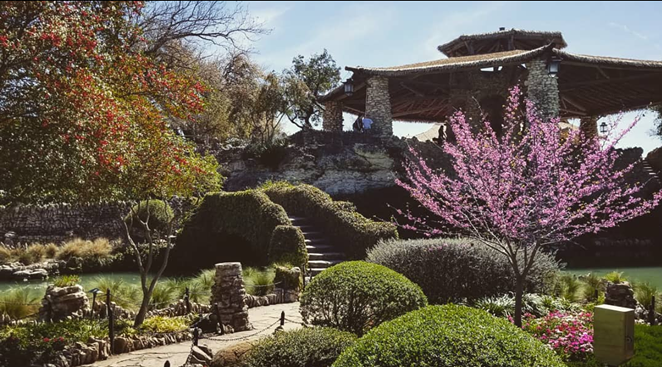 San Antonio likes to tout itself as a family-friendly tourist destination. But does that also translate into being a decent place to raise a family?

According to a new ranking by real-estate site Homes.com, the Alamo City kinda kicks ass in that department.

It ranked 5th on a new list of the 25 most family-friendly U.S. cities. Dallas and Houston, the only other Texas locales on the list, ranked No. 1 and No. 2, respectively. (Guess Austin will do better when the site compiles a list of the most hipster-friendly cities hits the streets... Watch out, Brooklyn!)

Using an interactive map, Homes.com scored metro areas based on crime rate, cost of living, child-care availability, average commute times, K-12 school quality and park acreage per capita. Other locations scoring near the top of the list for family friendliness include Atlanta, Raleigh, N.C., and Minneapolis.

San Antonio scored well on everything except child care, where it ranked among worst of the 25 cities. But as consolation, both Dallas' and Houston's child care scores were also in the tank.


Also worth noting, conditions like childhood poverty and access to healthcare are noticeably absent from Home.com's factors. Hard to imagine their inclusion would have landed San Antonio or any other cities in Texas so high on the list. Not when more than 20 percent of kids in the Lone Star State live in below the poverty line.