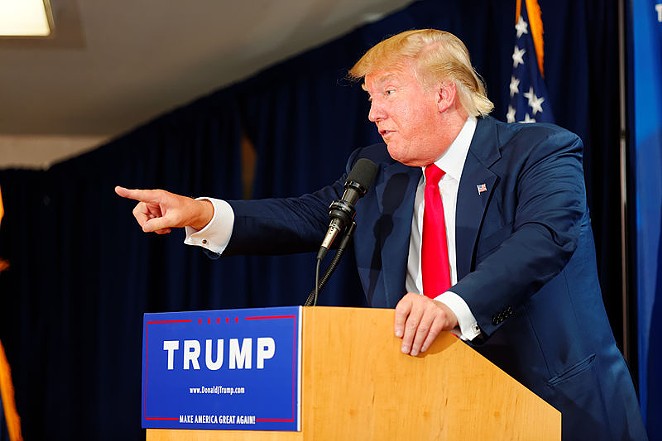 Anybody got $70 million lying around?

Late yesterday, four prominent S.A. business leaders sent a letter pledging to help raise the big bucks needed to secure a bid for the 2020 Republican National Convention. But, given the short time they have to lasso donations, not to mention the city’s shallow corporate bench, those efforts could face long odds, experts warn.

But let's not quibble over a few million here or there.

The bigger problem is that big capital campaigns typically require years — not weeks or a few months — to organize and execute. That's especially true in a city like San Antonio, which can count its number of Fortune 500 companies on one hand.

“You need to do these kinds of campaigns through a process that’s years in the making,” said fundraising expert Mari Aguirre-Rodriguez, who launched the nonprofit educational foundation Generation TX San Antonio in addition to the Rackspace Foundation.

For example, St. Mary's University's current $130 million capital campaign is expected to run seven years, all told. And even the comparatively modest $10 million in private funding for the land bridge at Phil Hardberger Park took years to gel.

Compounding the difficulty for fundraisers, experts point out, donors to a Republican convention wouldn't be able to write off contributions like they can for contributions to nonprofit groups and educational institutions.

Beyond those concerns, this particular Republican convention also comes with hefty public-relations baggage for corporate donors.

President Trump's constant anti-immigrant, anti-Mexico drumbeat doesn't win a lot of friends in majority-Hispanic San Antonio. It's hard to imagine companies that deal with the public, much less those who do business in Mexico, wanting to step up as donors to an event that potentially encourages the famously prickly prez to escalate that kind of rhetoric.

Of course, McCombs and the three other corporate champions have pull outside of S.A. They're likely to cast the fundraising nets well outside of 1604. Even so, it's hard to imagine how many businesses across the state are eager to receive the Trump brand's second-hand stamp.

That leaves bid opponents worried that the city will ultimately be left on the hook for the bill.

“Who’s going to come in and save the day when nobody wants to put their money or their necks on the line?" asked District 4 Councilman Rey Saldaña.

But it's never smart to underestimate power players like McCombs, Montford, Nixon and Aldrete. All four hold clout in San Antonio's old-money circles, even if they're not necessarily bankable names in emerging industries like cybersecurity or solar.

The next question how is quickly they can begin opening up purse strings. When asked if the four may be too late, Wolff answered: “Yes, it could be.”