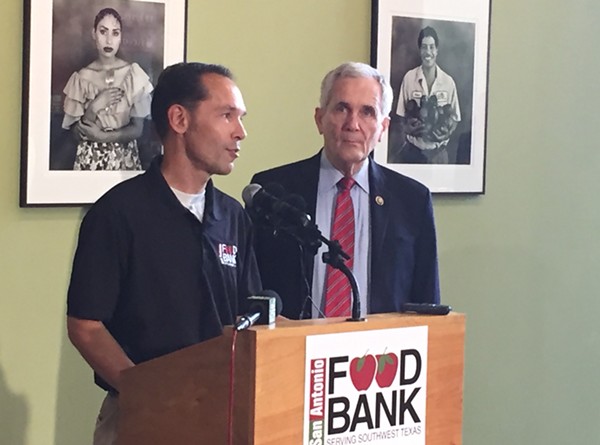 The bill, championed by the Trump administration and Speaker Paul Ryan, would slash $15 billion from the Supplemental Nutritional Assistance Program over the next five years. It's likely to face a vote Thursday.

"It's really unprecedented," Cooper said. "I could never envision withholding this most basic element — food, nutrition — from the most vulnerable people in our population."

Community food banks cover only about 8 percent of needy people's food requirements, Cooper said. That means charities such as his would be unable to make up for the bill's draconian cuts.

Additionally, the measure's tougher work requirements would make it harder for Texans to enroll in and keep SNAP assistance, Doggett said. A "one strike and you're out" rule would strip people of benefits for an entire year for being underemployed for more than a month.

Both congressmen urged citizens to call their elected officials to voice concern with the bill.

"We need to make sure we fight back on these deep cuts," Castro said.