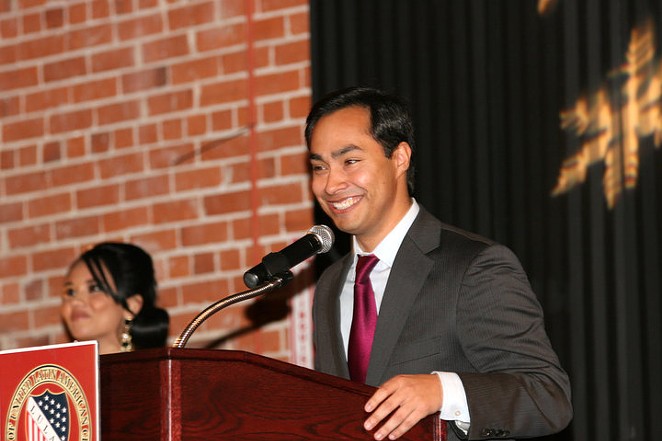 U.S. Rep. Joaquin Castro, one of the most outspoken critics of President Trump's immigration policies, is organizing a #WhereAreTheChildren rally Thursday, May 31, in San Antonio.

The event will take place 7 p.m. at the Guadalupe Cultural Arts Center to protest the Trump Administration's hardline enforcement policy of separating children from parents suspected of crossing the U.S.-Mexico border illegally. While many of those kids have been placed with sponsors, the administration has been unable to account for an estimated 1,50o of them, according to numbers first reported by the New York Times and Associated Press.

The #WhereAreTheChildren hashtag blew up Twitter over the weekend as anger grew over the administration's inability to explain the kids' whereabouts. Castro, D-San Antonio, was among the elected officials who let his fingers do the talking.

When I think about the 1500 lost children and those who are systematically separated from their mothers at the border, I come back to the same thought: If we can’t stop this in America we won’t stop it anywhere. #WhereAreTheChildren


The Trump Administration's separation policy is a departure from enforcement under previous presidents, which typically kept families together in shelters or otherwise allowed to them stay while awaiting immigration hearings.

"If you cross the border unlawfully... then we will prosecute you," Attorney General Jeff Sessions said earlier this month. "If you're smuggling a child, then we're going to prosecute you, and that child will be separated from you, probably, as required by law," he added.

Over the weekend, Trump used his favorite social media platform to blame the Democrats for the situation, even though there is no existing law requiring the government to separate kids of undocumented migrants.

Put pressure on the Democrats to end the horrible law that separates children from there parents once they cross the Border into the U.S. Catch and Release, Lottery and Chain must also go with it and we MUST continue building the WALL! DEMOCRATS ARE PROTECTING MS-13 THUGS.