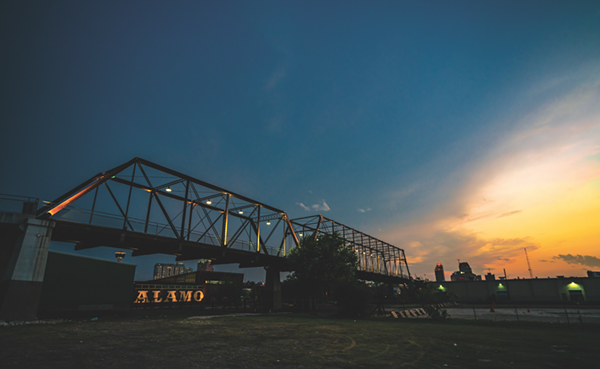 The Texas Supreme Court today agreed to hear a legal case that could decide whether a controversial condominium development can take place adjacent the historic Hays Street Bridge.

The case stems from the city's sale of land originally donated for a park development. The sale put the property in the hands of a business entity that deeded it to Mitch Meyer, the developer of the proposed five-story condos.

"The court agrees it's an important issue worth their time," said Amy Kastely, attorney for the Hays Street Restoration Group, which sued the city in 2012 over its sale of the land. "And I believe the Supreme Court will ultimately find in our favor."

The Hays Street Restoration Group opposes Meyer's development, saying the condos would block residents' views of the bridge, once the primary connection between downtown and the predominantly African-American East Side. Neighbors also worry the new housing units would further gentrify an area already becoming unaffordable for longtime residents.

City officials said the Supreme Court's decision will apply to specific legal questions around the case, but added that the land transfer is not an issue and wouldn't be affected by the justices' decision — a reading of the law Kastely disputes.

“The City welcomes the Court’s interest in these very important matters and will continue to work with the community on smart development for the area surrounding the Hays Street Bridge,” City Attorney Andy Segovia said in a written statement.

Whichever way the court decides, there's unlikely to be a quick resolution of the development dispute. Oral arguments wouldn't begin on the case until September at earliest.

And if the justices decide in Hays Street Restoration Group's favor, the case would be kicked back to an appeals court, Kastely said. City officials dispute there's anywhere else for it to go, however, adding that there's nothing more to decide regarding the fate of the land.

After the Hays Street Restoration Group's 2012 lawsuit, a Bexar County district court ruled that the City didn't comply with the original memorandum of understanding. Later, an appeals court ruled the city can't be sued for such a breach of contract, which led to the final appeal to the state's highest court.
Meanwhile, Meyer's project continues to roll forward.

In March, the city's Historic and Design Review Commission shut down plans for the condos. However, City Manager Sheryl Sculley stepped in to green-light their construction with conditions attached, such as lowering structure's height and requiring its design to better fit in with the bridge.

Deliberations between the city and Meyer on how to implement those details continue.