Fast-A-Thon Expects to Raise at Least $15,000 for MOVE Texas

As the sun set Thursday evening, volunteers at the Muslim Children Education and Civic Center set dozens of picnic tables and brought out large trays of food, preparing to serve the hundreds who were breaking their fasts on the last night of Ramadan.

Ramadan, the ninth month of the Muslim year, celebrates the revelation of the Quran to the prophet Muhammed through 30 days of fasting from sunup to sundown. This was the third year that MCECC invited the community to participate through Fast-A-Thon, a fundraiser that gives $100 to a local nonprofit when a non-Muslim fasts for at least one day and breaks the fast at the MCECC. This year, funds went to MOVE Texas, formerly known as MOVE San Antonio, a nonpartisan group that aims to increase youth involvement in civic life.

“We get visitors all the time in mosques, but we wanted a way to get them engaged in our practices and experience it with us,” said Sakib Shaikh, board member and director of public relations. 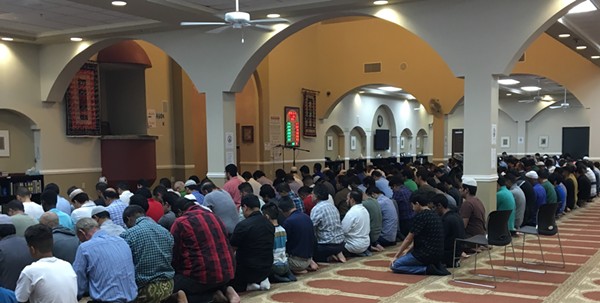 While Fast-A-Thon supported the Center for Refugee Services during its first two years, MCECC board members decided to branch out to new organizations for their third annual event.

“It is part of our mission not only to serve charities but to make sure people know their rights and stay engaged with issues that affect their lives," Shaikh said. "What better way to do that than engaging [MOVE Texas].”

Last year, Fast-A-Thon collected $11,000 and, while the totals for this year have not been finalized, Shaikh said he expects between $15,000 to $17,000. MOVE Texas's development associate, Victoria Stoner, said the money they receive will likely go toward their advocacy programs.

“When you think of two organizations coming together, you think of it almost like a business transaction but we will be in contact with them, even personally, for a very long time because we have come to know them very well,” Stoner said. 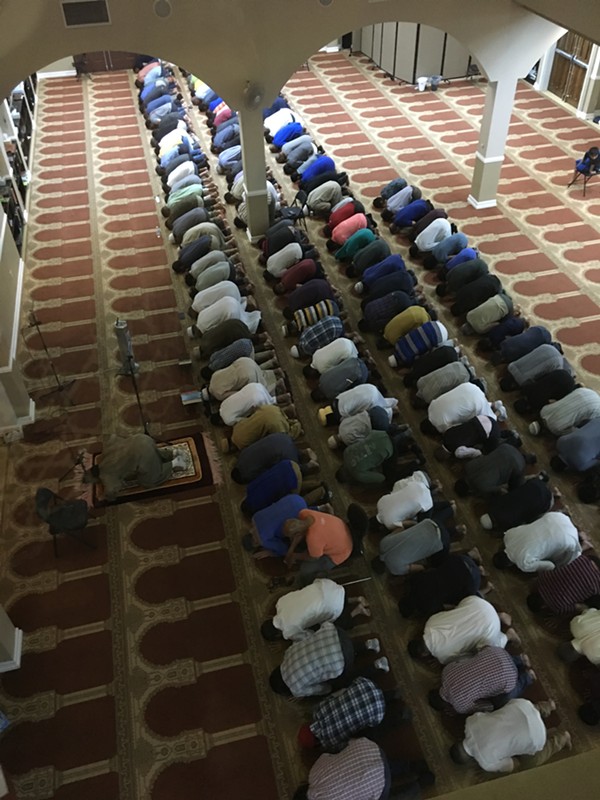 “I see it as a direct tie to our organization’s mission,” Pope said. “Civic engagement is not just voting. It is not just being politically active. It is being involved in your community. To me, this is a beautiful act of civic engagement, to come together with a community that you wouldn’t otherwise be in contact with and getting to know people over a meal.”

MCECC public outreach volunteer Bilal Zia said he has enjoyed the partnership with MOVE Texas and is already looking forward to next year’s Fast-A-Thon.

“I have seen a greater interaction with the city of San Antonio,” Zia said. “It is a positive thing. It is a feel-good activity that people can be a part where they can learn self-discipline and control."