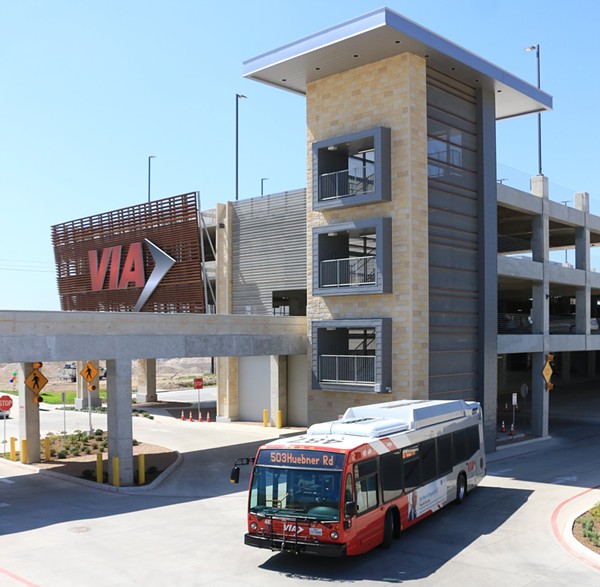 VIA Metropolitan Transit is opening its largest facility to date in Stone Oak to accommodate the overwhelming North Side population growth.

While the grand opening ceremony is Saturday, the Stone Oak Park and Ride opened in May on routes 7 and 503. The 184,000-square-foot facility offers rides from Stone Oak to the Medical Center and Downtown, and provides users with 400 free parking spaces, an air-conditioned waiting area, BiblioTech kiosks, electric car-charging stations and more.

Additionally, upon completion of the new southbound frontage road connection and bridge connection to the HOV lanes by TxDOT in 2018 and 2020 respectively, the facility will be the first direct connection from a transit facility to the HOV lanes in the region. The facility is expected to help accommodate the 10,573 daily commuters currently utilizing VIA’s Park and Ride services.

The creation of this facility is just one of the changes being made on the North Side to accommodate the area’s growth, according to VIA Metropolitan Transit public information officer Lorraine Pulido.

“VIA Stone Oak Park and Ride facility is located in one of the fastest-growing areas in the region,” Pulido said. “It is going to help meet the needs for quick and convenient service for downtown and the medical center. With increased population comes increased congestion, so we want to make sure we are there to provide services that help connect people in a smarter way.”

The new facility is in precinct three, an area which has seen a 40,000 increase in residents since 2010. The majority of this growth flows directly into the 281 corridor near the facility, according to commissioner Kevin Wolff.

Even when the facility was still being built, Pulido said VIA was receiving calls from employees in the Medical Center who were excited for the new Park and Ride.

“We’ve had really great support from the community,” said Rachel Benavidez, director of marketing and communications for VIA Metropolitan Transit. “A lot of excitement particularly from the businesses in the area who feel that this is going to be a great asset not only for their customers but for their employees.”

Still, public safety and traffic congestion are the community's main concerns with the dramatic growth, according to District 9 Councilman John Courage. Courage said he is encouraging development in less-developed parts of the city to try alleviating these concerns in the North Side.

While Courage said the new facility will be beneficial, he thinks there needs to be at least 2,000 parking spots available for potential riders for there to be a significant improvement in traffic flow.

“We need to get a lot more people riding VIA but this is a good initial step for them to take,” Courage said. “This is the seed for what I think will be the initiation of more mass transportation across the North Side coming from this Park and Ride facility.”