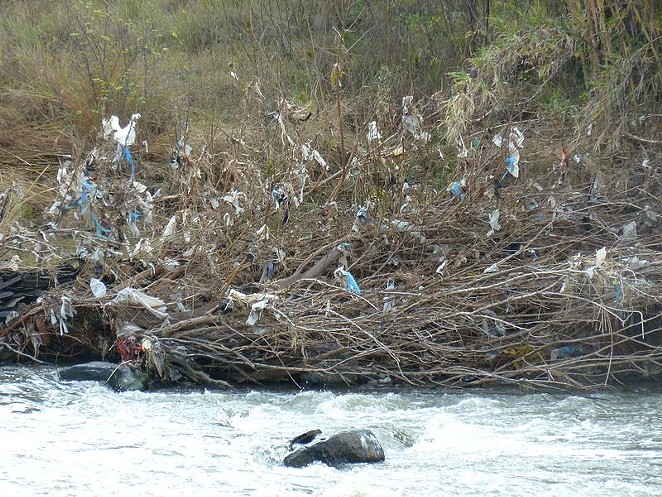 The Texas Supreme Court today handed a defeat to local governments and the environment by knocking down the city of Laredo's ban on plastic bags.

The conservative-dominated court ruled unanimously that Texas' solid waste disposal laws pre-empt the city's ability to implement the program. The likely outcome? It looks like other cities with bag bans, Austin for example, will be unable to enforce them.

So, the likely next step for the issue is the Texas Legislature — assuming it can carve out some time to do anything other than what bathrooms transgender people can use.

With an uncertain path ahead in the Republican-dominated legislature, here's a quick reminder of why one-use plastic bags suck bad enough that communities as widespread as Washington, D.C., and Karnataka, India, have banned them:
Stay on top of San Antonio news and views. Sign up for our Weekly Headlines Newsletter.