Fast-Growing S.A. Is One of the Nation's Hottest Construction Markets — for Better or Worse 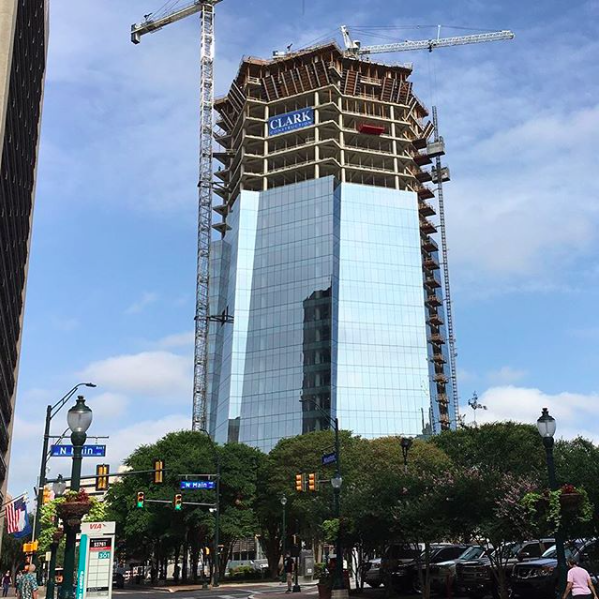 If it looks like more and more stuff is creeping into the downtown skyline, that's because, well, it has.

San Antonio isn't just one of the fastest-growing cities in the nation, it's also fifth-ranked in construction growth, according to a new analysis by PlanGrid, which develops construction industry software. The ranking is based on the city's anticipated 13 percent growth in projects this year. An accompanying 9 percent upswing in local construction employment is also projected.

To see evidence of that growth, one need look no further than the $142 million Frost Bank Tower sprouting up on Houston Street or the East Side's $150 million Essex Modern City development.

The boom is the largest the Alamo City's seen since the recession ended in 2013, said Andy Gajbhiye, director of construction technology at Joeris General Contractors. And it's largely the result of new residents seeking out the city's favorable economy and low cost of living.

"The population increase is creating the need for schools, offices, businesses and things like that," Gajbhiye said.

While building shiny new stuff generates dollars and jobs, the surge adds one more complication as S.A. tries to balance its population influx with maintaining its character and quality of life.

What's more, poorly overseen construction projects can create environmental damage and ruin the character and flow of existing neighborhoods, experts point out. Joeris' Gajbhiye maintains that his company is responsive to community concerns, but Shelley said it's still incumbent on city leaders to manage growth and for citizens to speak up during the process.

"It's important that we have development that's intentional, sustainable and equitable," he added.