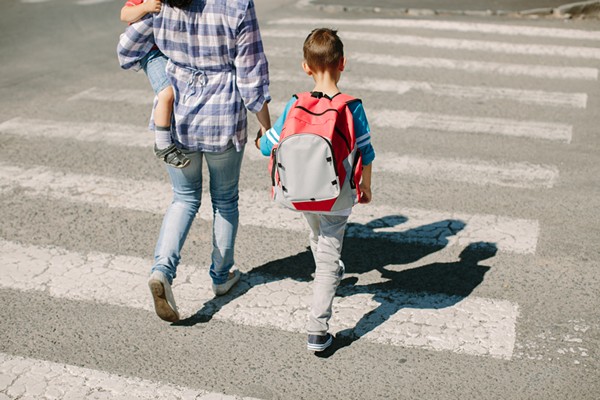 If you attended public school recently or have a kid in one, you know police presence on campus is just a fact of life.

But in the aftermath of highly publicized shootings on campuses in Santa Fe, Texas, and Parkland, Florida, more Texas students faced police interventions, often for infractions that didn't pose a legitimate threat of violence, according to a study published this week.

The report "Collateral Consequences," issued by advocacy group Texas Appleseed, shows a sharp upswing in the number of times school officials called in the cops for students' alleged threats of violence. But the report's authors maintain many of the incidents involved students engaging in routine school misconduct, such as hitting back at a bully or tripping a fire alarm, instead of potentially deadly behavior.

After crunching numbers from the Texas Juvenile Justice Department on school referrals from January through May of this year, the report's authors found:

A spike in referrals to juvenile probation departments. Referrals for terroristic threats are up 156 percent, while referrals for " of firearms" (a charge that doesn't require the actual possession of a firearm) were up 600 percent. Two-thirds of of firearms referrals occurred when kids threatened to show off a weapon rather than actually having one.

Black students are overrepresented. Not only did black children make up a disproportionate number of the total referrals, they were twice as likely to face referral to juvenile probation for their offenses.

Anecdotally, the research also suggests students with disabilities may be overrepresented in the arrests (although it's difficult to confirm because disabilities are not recorded in the TJJD numbers). In one case, a 12-year-old with a disability was busted for using his finger to "shoot" at make-believe creatures in the hall.

Texas, after the past few legislative sessions, made a bipartisan effort to scale back on "zero-tolerance" school policies that turned kids over to police for minor infractions. Critics charged those severe penalties left kids traumatized and dumped many into the hamster wheel of the juvenile justice system.

However, justified concern over recent school shootings could push such draconian policies back into favor, the study authors caution. "There are already early indicators of the potential for Texas schools and policymakers to take a wrong turn and move back in time to the 'zero tolerance' approaches that have been disproven by research and experience," they write.

At the same time, the district has provided training to help staff understand what's a legitimate threat versus a routine behavioral issue.

"I don't know that we have the luxury of letting our guard down," Perez said.