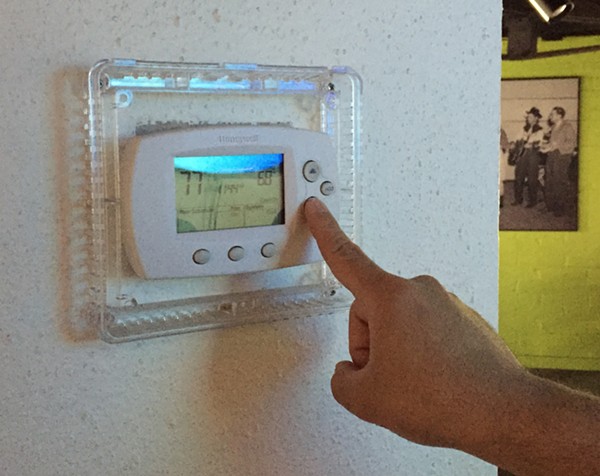 Thanks to the triple-digit heat, air conditioners are working overtime. And it shows.

Texas hit an all-time record for electricity use Wednesday, according to the Electric Reliability Council of Texas (ERCOT), the consortium that operates of the state's electrical grid.

The system's load reached 72,192 megawatts between 4 and 5 p.m., marking the second time this week that demand topped the old record set in August 2016.

ERCOT manages the power flow to about 24 million customers, who account for 90 percent of the state's overall demand. Beyond keeping records on power usage, the group determines how to deal with such power spikes, from advising customers to dial back their thermostats to initiating rolling blackouts.

With scorching temps still in the forecast, ERCOT cautioned that Wednesday's record could be broken again this afternoon.

San Antonio's CPS Energy, an ERCOT member, designated today and Friday as "Reduce My Use" days, on which it sends voice messages and emails asking customers to voluntarily conserve energy between the peak-usage hours of 3 and 7 p.m.