San Antonio May Hit 105 Today, But We're Not Suffering Alone 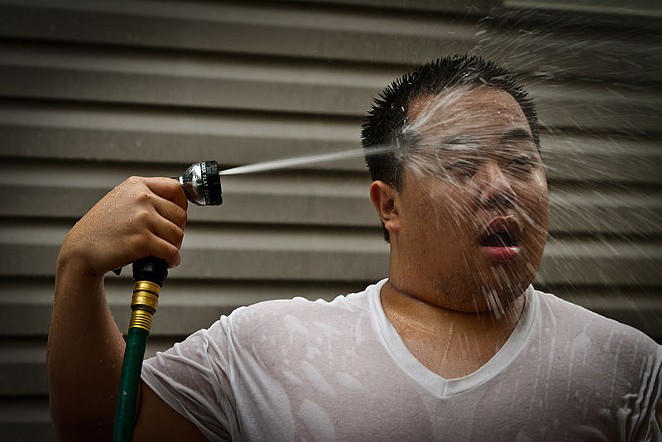 The National Weather Service has warned San Antonio to expect heat of 105 degrees this afternoon and all the misery and hazards that come with it.

But let's not delude ourselves into thinking we're the only ones sweltering in a blast furnace. Fact is, plenty of places have it as bad or worse. Other parts of South Texas could reach 110 degrees today, and temps around the globe have been downright infernal this summer.

Last week, Africa experienced its hottest temperature ever reliably measured, according to the Washington Post. Ouargla, Algeria, hit 124.3 degrees, a peak that, once verified, would exceed the previous 123.3 degree record set in Morocco 57 years ago.

The Japan Meteorological Agency reported a high of 105.98 in the city of Kumagaya, the hottest ever recorded in that country. At least 44 people have died in Japan since July 9 because of the sweltering conditions, according to CNN.

Along the Arctic coast in northern Siberia, model analyses suggest temperatures earlier this month reached 90 degrees — or 40 degrees above normal. Isn't that the place they once sent Soviet dissidents to freeze their asses off?

And across the rest of North America, things aren't looking much better. In early July, temperatures in Los Angeles near UCLA reached 111 degrees, breaking the previous record set in 1939. And the Canadian Broadcasting Corporation reports that a record heat wave hitting southern Quebec is now responsible for 54 deaths.

So, at 105, maybe Taco Town doesn't have it quite so bad. Even so, the Weather Service still recommends drinking of plenty of water, curtailing outdoor activity and never leaving kids or pets unattended in vehicles.