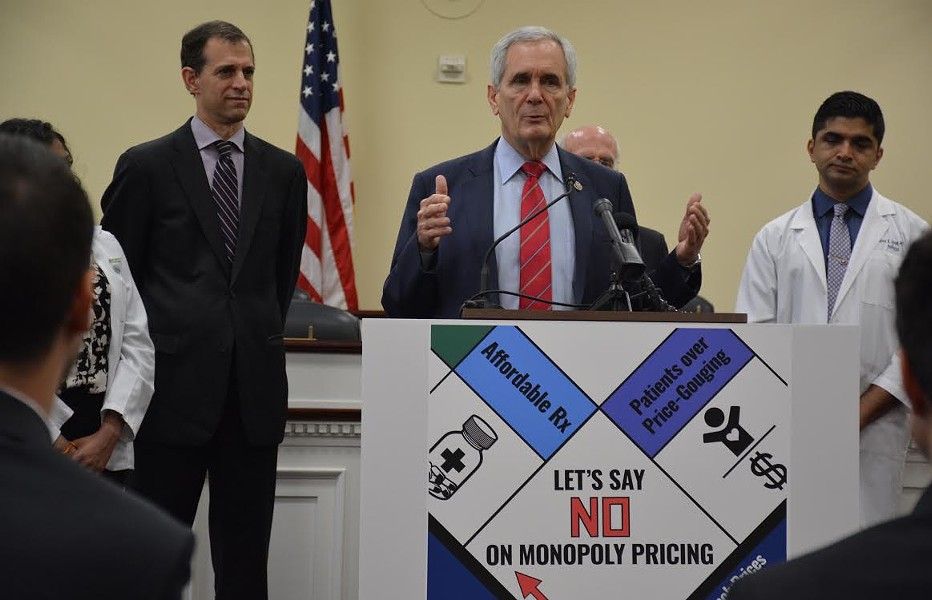 San Antonio-Austin Rep. Lloyd Doggett and two other Democratic lawmakers have introduced a bill designed to give the feds a heavy stick when enticing pharmaceutical companies to negotiate Medicare drug prices.

The measure, introduced today, would let the feds negotiate on behalf of Medicare — something President Trump promised to do on the campaign trail but has yet to delver on. The proposed legislation also would authorize the Department of Health and Human Services to seek licenses for lower-cost generics if negotiations fail, thereby using competition to drive down prices.

More than 72 Democratic cosponsors have signed on to back the legislation.

"This bill calls the President’s bluff on his drug pricing promises," Doggett said in a press statement. "It would give him the very bidding authority to save billions that he promised and back that authority up with the power of good ol’ American competition through competitive licensing. Patients cannot wait."

In May, Trump unveiled his long-touted "blueprint" to lower drug prices, but many of its key points were vague and need congressional action. Democrats criticized the president for not keeping his campaign promise of requiring the government to negotiate Medicare drug prices.

Doggett's bill is modeled after a century-old statute which permits federal agencies to use patents held by a private company so long as the government compensates the patent-holder. Under the new measure, all drug companies would receive compensation for use of their patents.