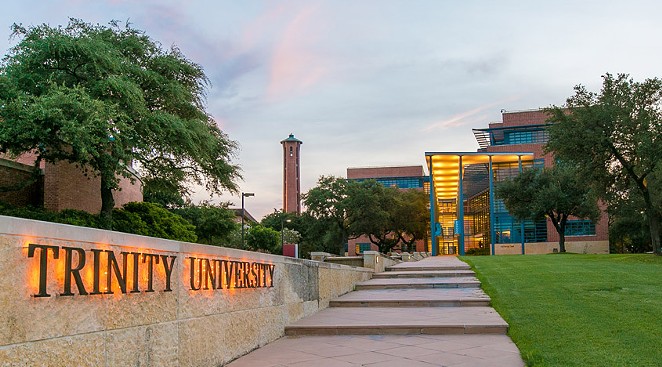 College Consensus, which weighs both school ratings from publishers such as Forbes and student surveys, awarded Trinity with a top score of 75.5. The liberal arts university's published and survey rankings ran largely neck-and-neck.

Second-place Rice University, on the other hand, boasted an overall score of 75.2, but its student score of 82.4 was way ahead of its published score of 68.

Seguin's Texas Lutheran University claimed third on the list with a score of 71.8, and like Trinity, both its scores lined up closely. The University of Texas at Austin and Texas A&M ranked fourth and fifth, respectively.

St. Mary's University, the only other San Antonio school on the list, slotted in at No. 20. Students gave it an average score of 71.5 versus an average published rating of just 50.5.