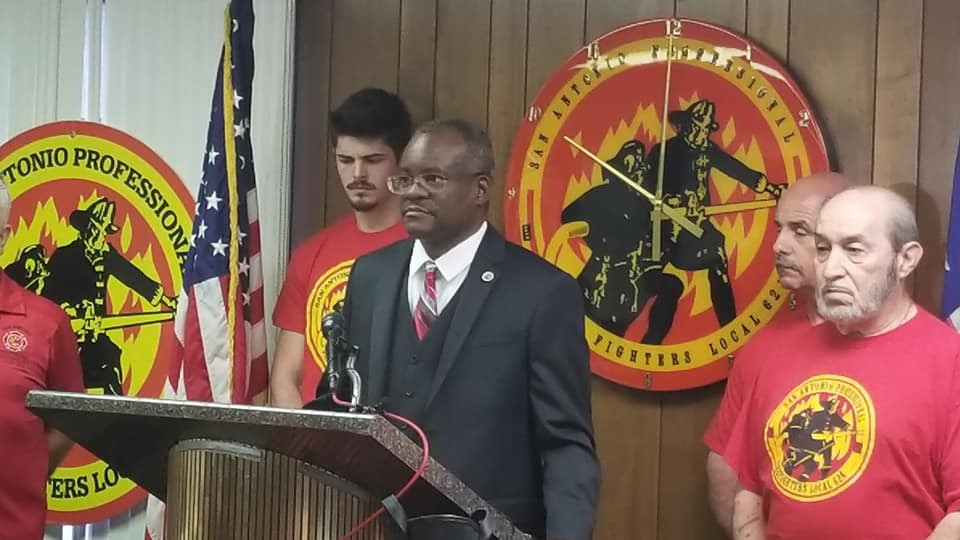 The suit, filed Tuesday by Secure San Antonio's Future, alleges the fire union, its political action committee and Texas Petition Strategies, the company that managed the signature-collection campaign for the amendments, illegally funded the petition drive.

SSAF's suit asks the court to pitch out the amendments and grant an injunction that would stop the City from placing the measures on the Nov. 6 ballot.

"There's clear precedence in the law saying that if you've committed felonies while you collected those signatures, you shouldn't have those signatures validated," said Christian Archer, a local Democratic Party operative who's serving as SSAF's spokesman. "I think the union has lied and lied and lied again. This is an example of them being caught in another lie."

Union boss Chris Steele didn't return the Current's phone inquiry about the litigation. However, his staff emailed a written statement denying wrongdoing and dismissing the suit as "frivolous."

"This is just one more attempt by opponents to stop the voters from using their voice to speak out against bad public policy and runaway spending of taxpayer money," Steele wrote.

SSAF's suit builds on recent Express-News reports that the fire union didn't disclose more than a half-million dollars it paid to gather the signatures required to put its proposed amendments on the ballot.

After some attempts to explain away that lack of transparency, Steele and John Hatch, Texas Petition Strategies' founder, told the newspaper that the union had paid the money to hire the consulting firm.

The Firefighters' proposed amendments are largely viewed as a smackdown to City Manager Sheryl Sculley for her refusal to budge during negotiations for a new union contract. Critics claim the measures would weaken city government and have serious economic repercussions.

If passed, the proposed amendments would: