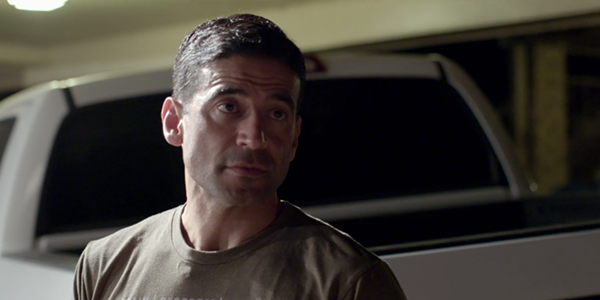 Netflix, known for its rime documentaries, has a new series titled "I Am a Killer" that follows death row inmates convicted of capital murder.

The murder of Michael LaHood Jr., brother of current District Attorney Nico LaHood, is spotlighted in the second episode of the series. San Antonio's DA even makes an appearance in the documentary, talking about the night of the murder and dealing with the pain afterward.

LaHood Jr. was just 25 years old when he was shot and killed in the driveway of his parents' home in August 1996. Mauriceo Brown, Kenneth Foster, Julius Steen and Dwayne Dillard were driving around the Alamo City that night and had already committed two armed robberies before coming across LaHood Jr. and his girlfriend Mary Patrick.

Brown reportedly approached the couple and asked Patrick for her number. The other three men in the car told police they heard a gunshot.

Brown was convicted and later executed in July 2006 for killing LaHood Jr. The Netflix documentary focuses on Foster, who was driving the car that night and was convicted for the murder. Though he did not pull the trigger, the synopsis for the episode reads: "Kenneth Foster's death sentence is commuted just hours before his execution, but he asserts that his punishment under an unusual Texas law is unfair."

That unusual law is the "law of parties" statute that eliminates the distinction between the actual perpetrator of a crime and an accomplice, meaning that Foster can also be put to death for driving the getaway car. In 2007, then-Gov. Rick Perry commuted Foster's sentence hours before his execution.