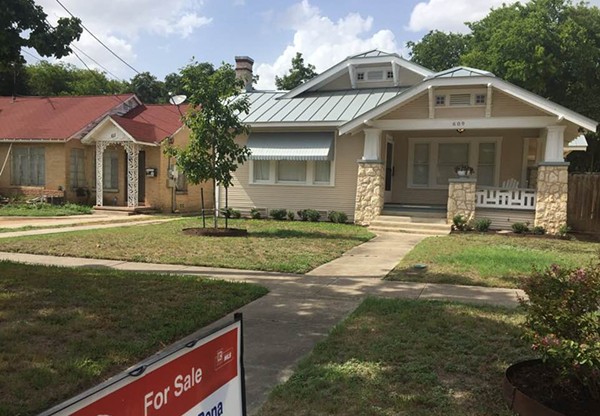 "We're including both policy and a road map for action," said Castro Ramirez, former head of the San Antonio Housing Authority and a one-time principal deputy assistant secretary of the Department of Housing and Urban Development. "The first year is critically important, but to address an issue as complex as housing is also going to require a long view."

The task force sought input at trio of community meetings and brought S.A. residents in as members of working groups that crafted its recommendations. Among those:


Fully resrce and staff the


Some of the task force recommendations draw on successful policies implemented in Los Angeles, Denver and New York. The report also directs San Antonio to be more strategic in its use of state and federal housing funds.
The recommendations come as the city struggles to keep pace with economic and population growth that's outpacing its housing supply — especially for low- and middle-income residents. Between 2005 and 2016, home ownership rates in the city slid from 61 percent to 54 percent.

the overall homeownership rate from 61 to 54 percent.

The recommendations are expected to go to city council next month, which would need to adopt their implementation and approve the necessary funds to move them forward.

"There's a recognition (by council) that we need to do something now before this becomes an even bigger problem for the city," Castro Ramirez said.