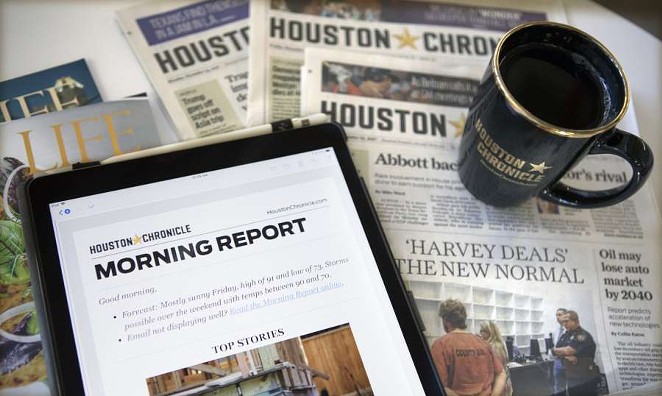 A reporter in the Austin bureau shared by the San Antonio Express-News and other Hearst Corp. newspaper properties has resigned amid an investigation into whether people quoted in his stories are real.

The paper has hired an independent journalist to review the reporter's stories going back at least a year and will publish its findings, according to Barnes' note.