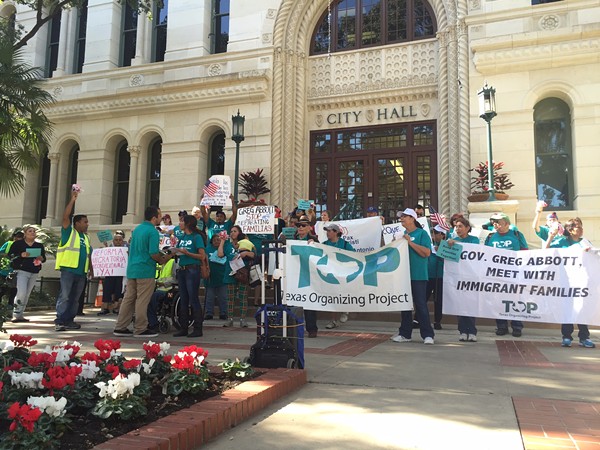 The Texas Organizing Project is recommending San Antonians vote down two of the three propositions placed on the November ballot by the city's fire union.

The action by TOP, which organizes Black and Latino communities, may be the strongest signal yet that opposition to the union's punitive ballot measures is building beyond the city's political and business establishment.

TOP opposes Proposition A, which would lower the number of signatures required to put a measure on the ballot to 20,000 from 70,000, and Proposition B, which would cap salaries of future city managers. The group's taken no position on Proposition C, which would grant the union unilateral power to force contract negotiations into arbitration.

“Our members looked carefully at each proposition and heard from both sides and other experts, before making their decision," said Michelle Tremillo, TOP's executive director. "The members felt that while each proposition had some merits, the solutions put forth are not the best for San Antonio."

In its press statement, TOP said understands frustration over City Manager Sheryl Sculley's power and salary, adding that the mayor and council should address residents' concerns to ensure the pay-cap proposition fails.

It may seem counterintuitive for grassroots organizers to want to maintain a higher signature count for introducing ballot measures. After all, TOP helped deliver 144,000 petition signatures calling for an ordinance requiring S.A. employers offer paid sick leave for all employees.

But TOP likely understands that well-funded business and developer interests could use a lower bar for petitions to reverse progressive moves by city council. What's more, council's recent vote to adopt the paid sick time measure certainly strengthened its hand with the organizing group.

TOP plans to knock on doors over the coming weeks in opposition to the propositions. The group expects to talk to more than 36,000 voters between now and election day.