Will the Media Downplay Climate Change When Reporting on Hurricane Florence? 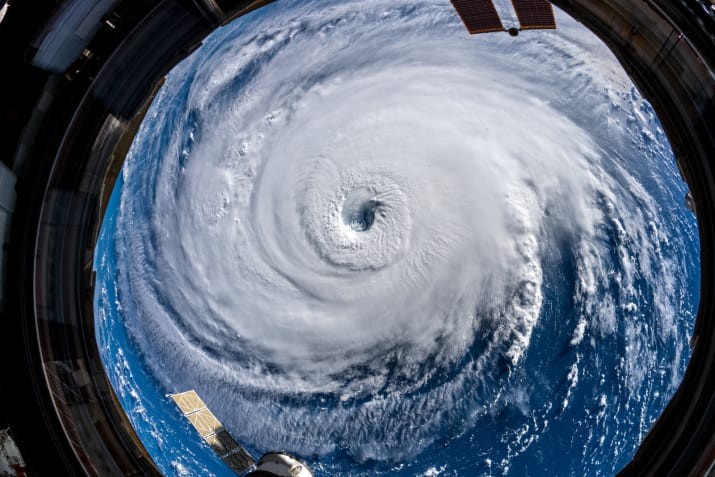 With Hurricane Florence bearing down on the East Coast, now's a good time to ask just how seriously news organizations are taking climate change's part in making hurricanes more dangerous.

It's a relevant question to ask since studies suggest the media largely failed to make that connection when Hurricane Harvey slammed Texas a year ago, narrowly missing San Antonio and flooding swaths of Houston with up to 60 inches of rainfall.

A study by the group Media Matters found neither ABC nor NBC aired a single segment on their morning, evening or Sunday news shows from August 23 to September 7 of last year discussing the link, and CBS only aired three. According to a separate Public Citizen analysis, coverage of climate's effect on Harvey was concentrated among just a few news outlets while many downplayed it or failed to mention it at all.

She points to "forceful" editorials this week in the Baltimore Sun and Washington Post that warn of climate change's effect on natural disasters and recent segments on MSNBC and CNN exploring the science behind worsening hurricanes.

"We'll have to see how this all plays out, but I'm encouraged to see more coverage of the link than I expected," Hymas added.

A scant four months after Harvey hit, two separate groups of scientists published studies linking climate change to the hurricane's record downpours. One of the studies estimated that the altered climate made Harvey’s rainfall 38 percent worse than it otherwise would have been.

"Climate change is such a crisis, if we the media were doing their job, they'd be reporting on it every day," Hymas said.