The Trump Administration Is Detaining a Record 12,800 Immigrant Children 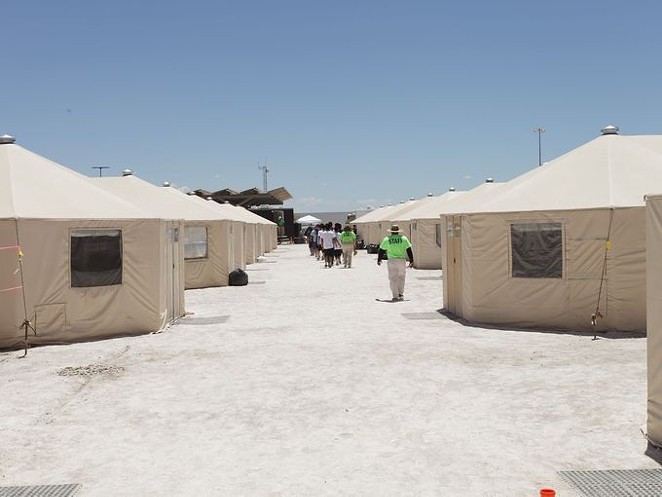 The 12,800 immigrant children now held at Health and Human Services sites, such as South Texas' Tornillo tent city, represents the highest such detention level ever, according to the Times. In comparison, there were 2,400 children in HHS custody in May 2017.

The information comes to light shortly after revelations that the administration quietly shifted $200 million in federal funds, including $10 million from FEMA, to fund immigrant detentions and deportations.

“Trump’s child abuse policies continue both to impose trauma on immigrant children and unnecessary costs on American taxpayers," said Rep. Lloyd Doggett, D-San Antonio. "ICE just requested an extra $1 billion. Better for all to release these children to family in the United States. Trump can create problems; he just cannot resolve them.”

The rise in incarcerations also occurs as the Trump administration said it will defy a court order that requires the federal government to release immigrant children after 20 days in detention.
"The record number of detained immigrant children is the direct result of the Trump administration’s ‘zero tolerance’ policy," said Efrén C. Olivares, racial and economic justice director at the Texas Civil Rights Project.

"And just last week, we learned this administration is seeking to circumvent previous court orders to imprison these children indefinitely. The remedy for this manufactured crisis is not, and never will be, keeping children from their families or indefinitely locking up more and more families in prisons. The administration has the power to end zero-tolerance today."