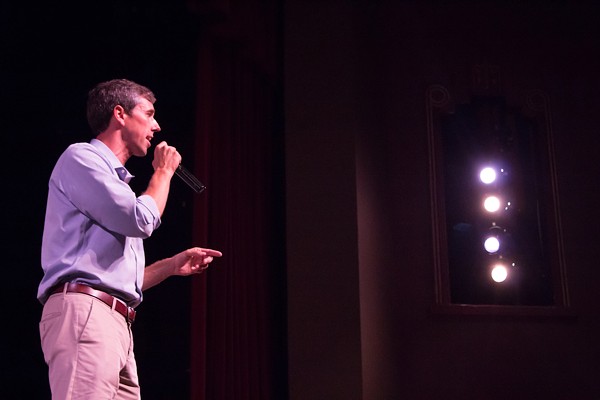 What if that senate race everybody's watching isn't so close after all?

With seven weeks until Election Day, Republican Sen. Ted Cruz has a nine-point lead in his re-election bid, according to a new Quinnipiac University poll of likely voters. That puts Cruz at 54 percent and Democratic challenger Beto O'Rourke at 45 percent.

The race has emerged as one of the most-watched in the current midterms, as O'Rourke vies to become the first Democrat elected to statewide office here in more than two decades. Such a victory also could be key to flipping the Senate to Democratic control.

But hold on a sec, said Peter A. Brown, the poll's assistant director.

“The Texas U.S. Senate race between Sen. Ted Cruz and Congressman Beto O’Rourke, and Democratic hopes for an upset win there, have boosted talk of a Senate takeover,” Brown said in a written statement. “These numbers may calm that talk.”

Tuesday marks the first time Quinnipiac has released a likely voter survey for the race — its prior three only surveyed registered voters. In those, Cruz was ahead by 6 points in August, 11 in May and 3 in April. Other polls have also put O'Rourke within the margin of error.