Pete Flores Has Democrats in a Panic 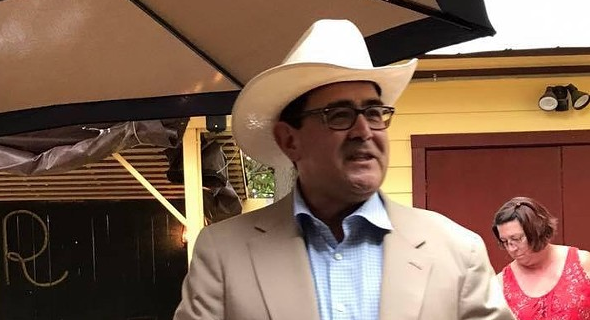 The night before he went down to defeat, Democrat Pete Gallego implored a crowd of mostly Democrats in the DoSeum's atrium to drag their friends and family to the polls in Texas Senate District 19.

His election, Gallego said, would be the start of the "blue wave" that would restore Democrats to power in Congress, putting a real check on President Donald Trump, in the November 6 elections.

Today, Democrats are fervently hoping the opposite is true – that his sound defeat at the hands of Republican Pete Flores, a retired game warden, was an insignificant sideshow to the main event.

Flores polled 53 percent in the low-turnout special election to replace the indicted and soon to be imprisoned state Sen. Carlos Uresti, a San Antonio Democrat.

For a good fix on how Republicans are reading the results, here's James Dickey, chairman of the Republican Party of Texas:

“This is not only a huge win for the citizens of SD 19 and Peter but a tremendous win for our state!" Dickey said in a written statement. "It serves as proof that the 'blue wave' the Democrats have been touting can be stopped dead in its tracks when Republicans turnout!"

Flores had huge financial support from Lt. Gov. Dan Patrick, who presides over the Texas Senate. Chances are he'll still control the chamber in the 2019 legislative session since few rational people would bet against his re-election in November.

With Flores's victory, Republicans control 21 seats, though several will be contested in the November election. Patrick needs 19 needs to move legislation without the backing of any Democratic senators.

Texas Democrats headed into the Election Night still shivering from the cold water of a Quinnipiac University poll. The survey showed Sen. Ted Cruz winning 54 percent support among likely voters to Democrat Beto O'Rouke's 45 percent. (Sidenote: Has anyone ever met a Quinnipiac graduate? Does this "university" actually exist?)