An Apology (and Explanation) to Judson High School Alumni 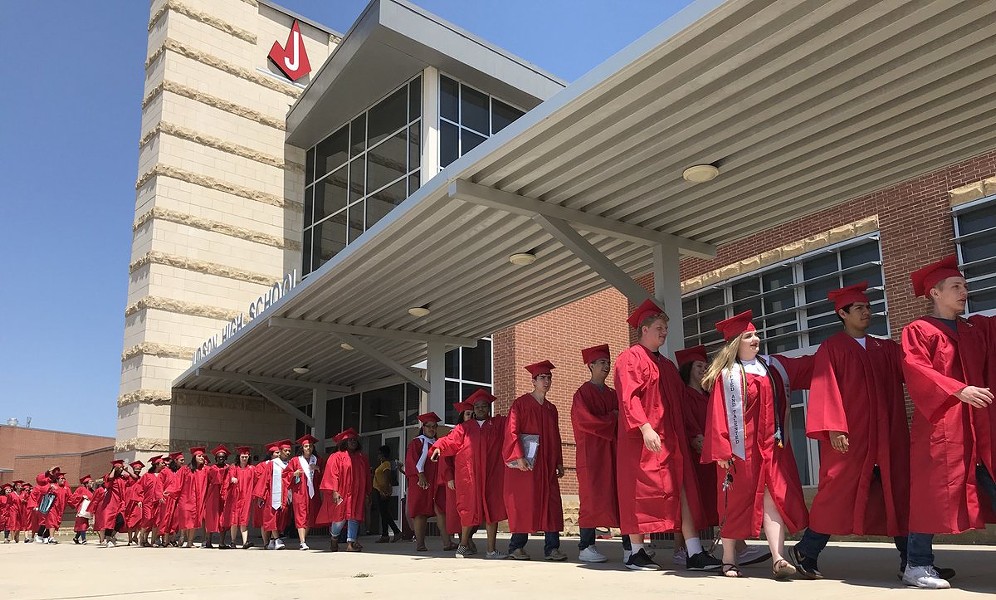 There were a lot of things that could have pissed people off about my cover story for the Current this week.

You could have been pissed off (as some were) that I took a seemingly benign question – “Where did you go to high school?” – and made a class thing
out of it. To that I say, let’s dance. I grew up here, and I’m quaint as fuck. I went to private school, and my kids come from a long line of North East ISD
and Alamo Heights ISD graduates. If there’s anyone in the world who would
rather this conversation be totally benign and sweet, it’s me.

But it’s the economic and racial segregation of our city, not necessarily the question, that’s problematic. And we should all be pissed about that.

But that’s beside the point because by far the most controversial part of the article was this clause:

Great read but my “wtf” moment came when I read Judson isn’t a well known high school in SA. It’s huge, they were a local football powerhouse forever and it was literally split into 2 campuses. Try McCollum for “relatively unknown” lol


First, a real apology. That was the wrong way to phrase Judson’s reputation. As a high school in town, Judson is well-known. For its football and its size. It is now known for its Early College High School program. (You also have an insanely amazing marimba chorus at Coronado Village Elementary that moves me to tears every time I hear them play.) So, I’m sorry for the way that I miscategorized your high school. Genuinely. Remember, I’m quaint. When I say, “I’m sorry,” I mean it.

However, I’m not sorry for sharing a woman’s real experience on the University of Texas campus, which in many ways, can be just as cliquish as the private universities. She really got that reaction at a university where some San Antonio high schools are more represented than others. That’s not her fault. Nor is it mine.

I also think her experience (and my poor wording) hints at something significant.

Judson is well-known, as you guys pointed out… for its massive size.
And for its football team.

But this article was not about school spirit. It wasn’t about football legacies. It was about what your alma mater says about you socioeconomically.

To illustrate, let me refer you to Churchill.

Even in Texas, where high school football win-loss record bears outsized importance, I would argue that there are some harsher realities with which we must contend.

Judson’s size and location in the city prevent it from being known as a “rich school” or a “poor school” or a “connected school” or any one kind of thing, really. It was just… high school. Like it should be.