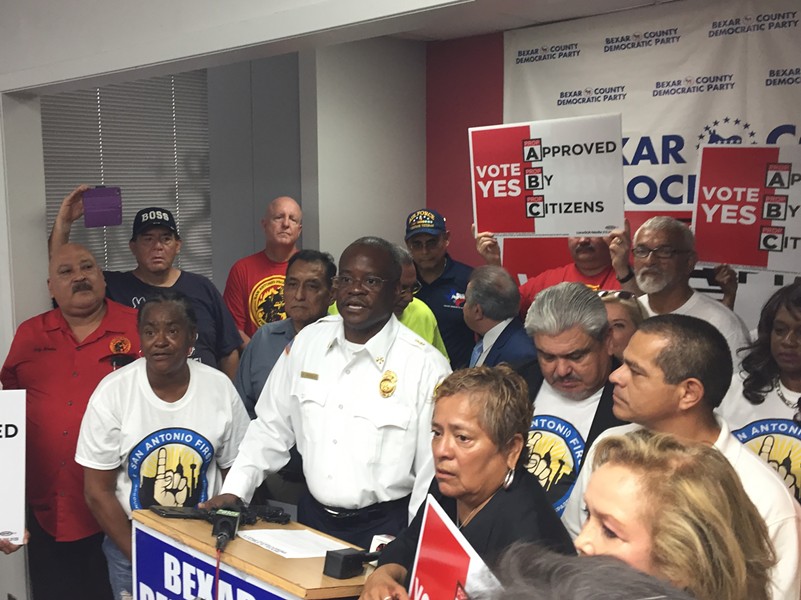 If you wanted to see fire union President Chris Steele tangle with Mayor Ron Nirenberg last night over the three city charter amendments on the November 6 ballot – well, we hope your heart wasn't set on it. Because if it was, your heart would be broken.

Standing outside the Buena Vista Theater on UTSA's downtown campus, one of the event's organizers told us that Steele withdrew from the debate at the last minute. Nirenberg then followed suit.

All to the dismay of UTSA and the San Antonio Express-News, the town hall's sponsors.

With nothing to report, we've decided to offer a few possible explanations for how the only planned debate (so far, anyway) on the amendments blew up.

1. Steele spilled coffee on his only clean fake firefighter shirt.

2. Where did debates get Hillary?

3. As he demonstrated at a news conference earlier Thursday, Steele is an agent of chaos.

4. Nirenberg would start with that smartest-guy-in-the-room thing, and who wants to put up with that for a whole hour?

5. Staging this town hall on a university campus? Really? How much more biased toward "facts" and "formal arguments" can you get?