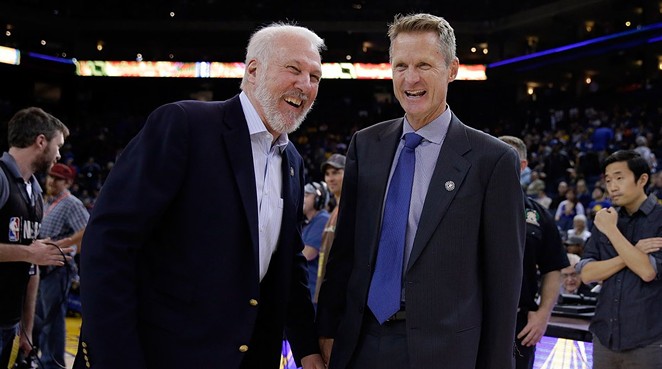 On Tuesday, Kerr shared a tweet from U.S. Senate candidate Beto O'Rourke at a Turn Out For Texas rally. With the retweet, he included a simple comment: "Beto and Pop, 2020."


Though Kerr lives in California, his retweets prove that he's still invested in Texas politics. Scattered among NBA buzz, he's shared his support of O'Rourke and criticism of President Trump. He's also encouraged voter participation. He's likewise vocal about gun control and the March For Our Lives movement.

This isn't the first time Kerr has voiced support of Popovich going into politics. Last year, Kerr proclaimed that his former coach should run for president. The Popovich said he would be Kerr's vice president.